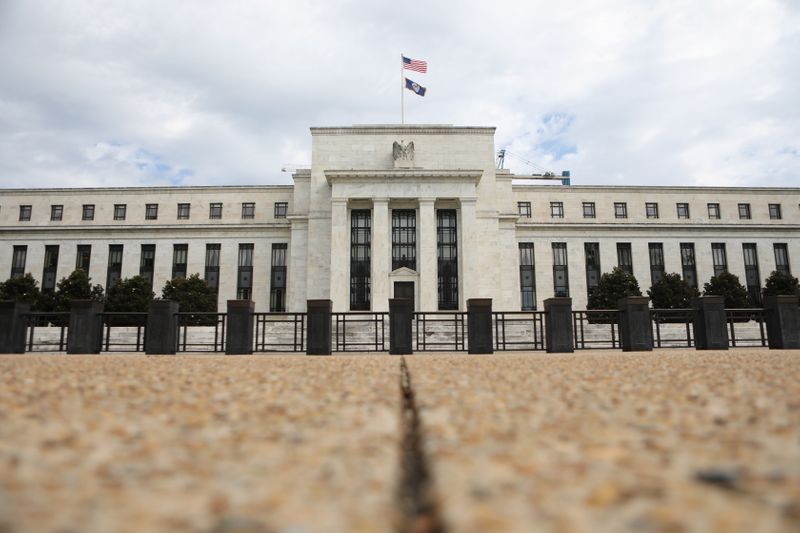 William McChesney Martin - the longest serving Federal Reserve chief between 1951 and 1970 - is credited with the famous quote about the Fed's main job being to "take away the punch bowl just as the party gets going" - or tighten credit once the economy recovers from recession.

But an assumption his maxim will now be flouted to more fully reflate the economy after the COVID-19 shock is already stoking stock bubble fears and not a little angst about a return of inflation akin to the one which emerged in the decade after McChesney Martin departed the central bank.

This week's minutes from the latest policymaking meetings at the Fed and European Central Bank did little to shift that view.

"Trying to time a market bubble wouldn't normally be a good idea. But the near-explicit endorsement of the price action by the Fed leaves investors with little choice," said Citi's global markets strategist Matt King.

But just how much punch is still in that bowl - or indeed how much more is still being poured in?

More alarming was that as few as 13% of them saw record high world stock markets and valuations as a bubble - even through MSCI's all-country index is already 20% above pre-pandemic levels and has almost doubled since last March's trough. The froth in everything from Big Tech to cryptocurrencies, penny stocks, unprofitable startups or blank-cheque funding vehicles does not seem to deter anyone yet.

One reason is that, far from being removed, the punchbowl is getting routinely refilled.

Although percentage cash levels held by investment managers are falling, they are not falling fast enough to keep up the rapid expansion of money still flooding the system.

With total assets under management of $4.3 trillion, cash-like U.S. money market funds still hold some $700 billion more than pre-COVID levels - more than $300 billion above the peak of the banking crash.

U.S. household savings at the end of 2020 were still almost $1 trillion above pre-COVID levels, with U.S. M1 and M2 measures of annual money supply growth - covering banknotes, checking and savings accounts - running at almost 70% and 26% respectively last month. Data in Europe is more lagged and less extreme but shows a similar picture and no let up.

An 6% jump U.S. 'core' retail sales last month is another way to view it - by revealing the instant impact of the $900 billion yearend government support package and the $600 stimulus checks mailed out.

And that's all before the new administration of President Joe Biden passes its planned $1.9 trillion stimulus plan, with additional household support checks likely part of it.

This month's inflation warning from ex Treasury Secretary Larry Summers stressed the Biden plan means $150 billion a month for a year into an economy growing at a pace exceeding 6% - where the 'output gap' from pre-pandemic potential is officially estimated to shrink to $20 billion a month by 2022.

But how all this mechanically affects asset prices may get closer to explaining near frenzy in markets of late.

Without tapering its bond buying or halting its balance sheet expansion - and few now expect that this year - the Fed will be adding $120 billion a month in bond purchases, in part to keep all the new government debt affordable.

But Citi's King reckons that a reversal over the coming months of a peculiar surge in the Treasury's General Account at the Fed last year - as new government debt was sold but not spent - could fuel the fire by inflating Fed bank reserves.

If Fed bond buying via creation of bank reserves is the real driver of market pricing, King argues, then the expected $1-1.5 trillion rundown in the TGA over the coming months could triple the $120 billion a month of bank reserves now being created.

The TGA ballooned last year by about $1.5 trillion between March and July and now stands at $1.58 trillion - far in excess of an average of about $350 billion over the prior two years.

King sees it as almost "negative QE" - only masked by a parallel $3 trillion of Fed quantitative easing last year. Its looming drain may have the opposite effect that supercharges markets already awash with liquidity and pushing short-term bill rates to the floor even as bond yields rise.

Others downplay the issue. TD Securities strategists claiming the only time it makes a difference to risk assets is during a 'reserve scarcity'. The effect will be limited to suppressing money market rates and the Fed can adjust rates on excess reserves to manage that.

"The only real debate seems to be whether this is just an issue for money market nerds, or whether it has system-wide relevance," he said. "Both a long-standing conviction that money-market plumbing has an underappreciated significance, and some additional empirical evidence, make us suspect the latter."