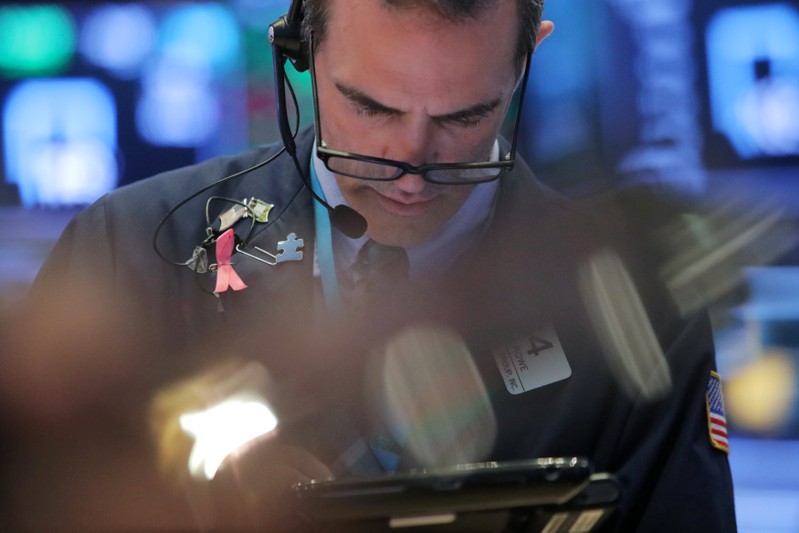 NEW YORK (Reuters) - The S&P 500 ended flat while the Dow edged down and the Nasdaq closed higher in light trading on Friday as Canada and the United States concluded trade talks without resolution ahead of the Labor Day weekend.

Capping a low-volume, late-summer week marked by tariff-related volatility, all three major U.S. indexes posted net gains for the period. The indexes were also up for the month of August, with the Nasdaq posting its largest monthly gain since January.

Talks between Canada the United States to renegotiate the North American Free Trade Agreement (NAFTA) ended on a sour note as the two sides were unable to reach a deal, according to the Wall Street Journal.

In recent days trade jitters abated as Mexico and the United States reached a bilateral deal, but re-emerged later in the week following a report that U.S. President Donald Trump is prepared to impose tariffs on an additional $200 billion of Chinese imports as soon as next week.

"We may not have a replacement for NAFTA as quickly as we thought," said John Toohey, head of equities at USAA in San Antonio. "That initial optimism that existed at the beginning of the week, that good news scenario is off the table."

Ford Motor Co (NYSE: F) dropped 2.3 percent after scrapping a plan to sell a Chinese-made small vehicle in the United States due to tariff concerns.

Advancing issues outnumbered declining ones on the NYSE by a 1.16-to-1 ratio; on Nasdaq, a 1.60-to-1 ratio favored advancers.

Volume on U.S. exchanges was 5.77 billion shares, compared with the 6.08 billion average for the full session over the last 20 trading days.