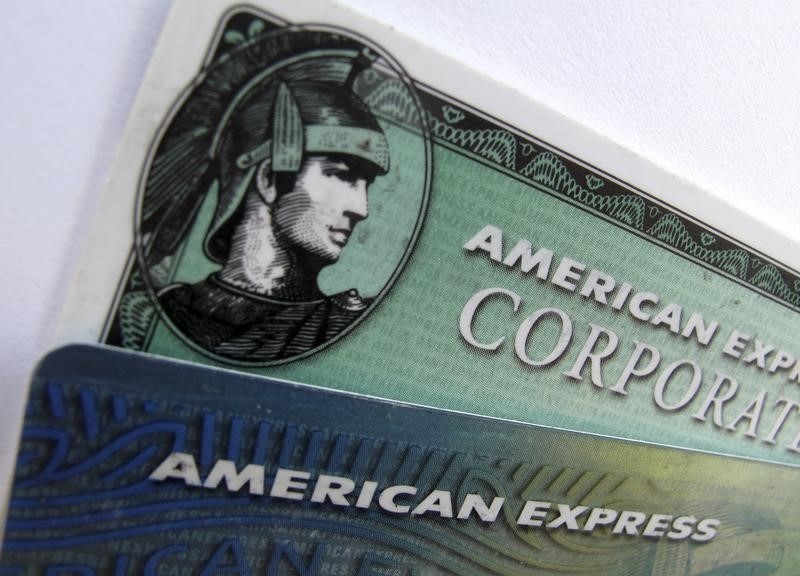 (Reuters) - American Express Co (NYSE: AXP) shares on Friday had their worst day in more than six years as the company's disappointing earnings forecast for the full year raised doubts about the future of its business model.

AmEx shares plummeted as much as 13.6 percent to $54.14, a day after the company reported fourth-quarter results and its outlook for 2016 and 2017. The company, which has historically catered to upscale consumers and has attempted to woo big businesses into partnerships, has been trying to rebrand itself over the last few years.

Competitive pressure on the credit card issuer has increased and it lost long-term partnerships with Fidelity Investments and retailer Costco Wholesale Corp (NASDAQ: COST). "We expect managementâs cautious commentary around growing competitive intensity to fuel speculation around the viability of its business model," Nomura analyst Bill Carcache wrote in a note. Kenneth Chenault, AmEx's chief executive disagreed in a conference call with analysts, citing the âunderlying strength of the business model.â

The company has a "great set of assets to draw upon, including a trusted brand, financial strength, an integrated business model, world class service and a history of innovation,â he said in a press release. But competition and the companyâs attempts to expand its customer bases eroded its profitability on multiple fronts and intensified in the past year.

To keep banks from taking its deals to issue co-branded cards with Delta Air Lines Inc (NYSE: DAL), British Airways and Starwood Hotels & Resorts Worldwide (NYSE: HOT), for example, AmEx had to renegotiate contracts earlier than planned and at lower prices. To counter the appeal to consumer of cards from banks, including Capital One Financial Corp (NYSE: COF) and Citigroup Inc (NYSE: C), offering cash back of 1.5 percent and 2 percent of purchases, AmEx has had to increase its offers.

And, to convince more small businesses to take its cards as well as Visa Inc's (NYSE: V) and MasterCard Inc's (NYSE: MA) brands, AmEx launched its OptBlue program with lower costs for smaller merchants. The OptBlue program risks "cannibalizing," or lowering, the higher profit margins it gets from other merchants, UBS analyst Matthew Howlett wrote in a note. The company said it may take additional restructuring charges this year because of new regulations in Europe on how much it can charge merchants.