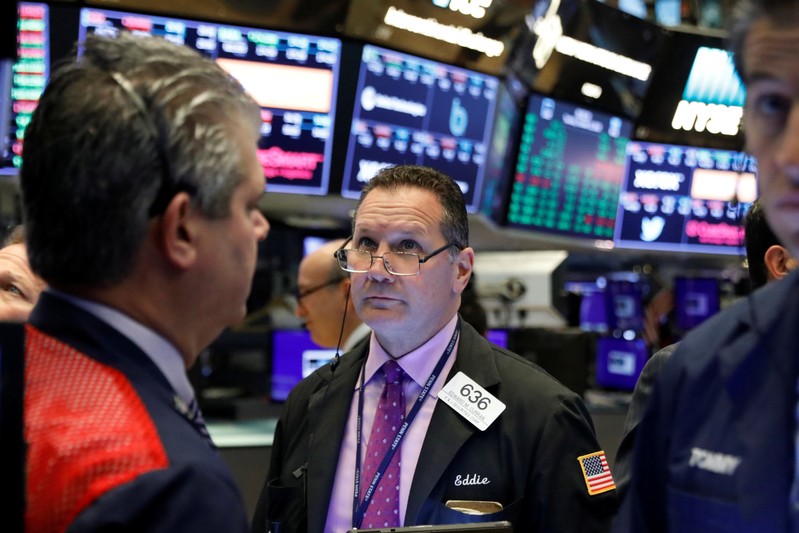 Microsoft shares gained 2.0% as the tech giant's outlook for cloud computing services surpassed analysts' expectations, while shares of PayPal Holdings Inc (NASDAQ: PYPL) rose 8.6% on the payments company's strong full-year earnings forecast. Microsoft and PayPal were the top boosts to the S&P 500 and the Nasdaq.

Individual company results have greatly swayed the direction of Wall Street's major indexes this week in the midst of earnings season. More than 80% of the 168 S&P 500 companies that have reported results have beaten profit expectations, according to Refinitiv data.

"On the whole, the earnings reports have supported a view of the economy as slowing," he said.

"It's showing us that the tariff situation continues to be a major concern for companies in how to spend their money," Kinahan said.

After the bell, shares of Intel Corp (NASDAQ: INTC) and Amazon.com Inc (NASDAQ: AMZN) moved sharply following the companies' results. Intel shares were last up about 8% while Amazon shares were last down around 9%.

Lam Research Corp (NASDAQ: LRCX) shares jumped 13.9%, hitting a record high, after the chip equipment maker forecast strong results for the December quarter. Lam Research was the top boost to the Philadelphia SE Semiconductor index <.SOX>, which rose 2.5% a day after being pressured by losses in shares of Texas Instruments Inc (NASDAQ: TXN).

Twitter shares plummeted 20.8% after the social networking company's revenue and profit missed estimates, in part due to technical issues with its ad platform.

Declining issues outnumbered advancing ones on the NYSE by a 1.02-to-1 ratio; on Nasdaq, a 1.20-to-1 ratio favored decliners.

Volume on U.S. exchanges was 6.47 billion shares, compared with the 6.48 billion average for the full session over the last 20 trading days.