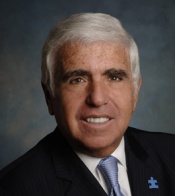 The merger of the two satellite radio companies was announced in early 2007, but not competed until July 2008 due to U.S. antitrust reviews.

Previously, Karmazin was President and COO of Viacom from May 2000 until June 2004. Prior to that, he served as President and Chief Executive Officer of CBS Corporation from January 1999 â May 2000.