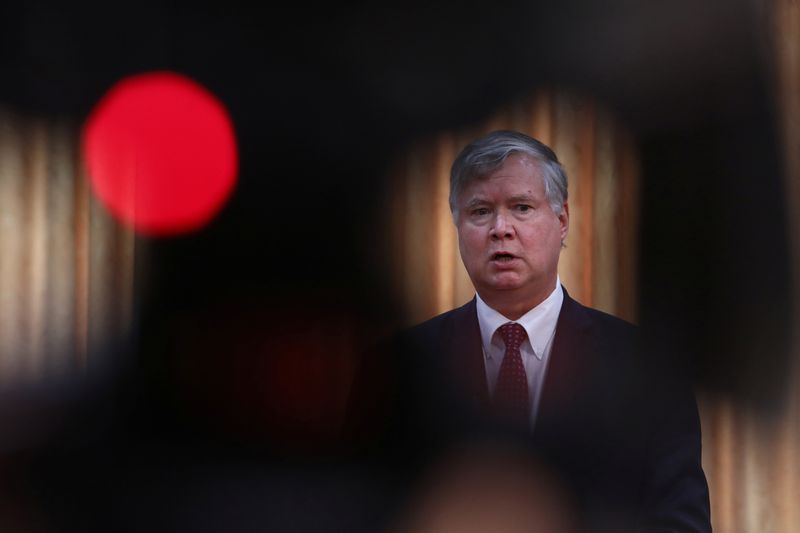 WASHINGTON (Reuters) - The United States said on Thursday it would provide more than $720 million in humanitarian assistance in response to the crisis in Syria, plus nearly $152 million for Africa's Sahel region and almost $108 million for South Sudan.

Deputy Secretary of State Stephen Biegun made the announcement on Syria at an event on the sidelines of the U.N. General Assembly in New York. He said the money would go "both for Syrians inside the country and for those in desperate need across the region."

Barsa also said Washington would provide nearly $152 million in new humanitarian assistance for Niger, Mali, Burkina Faso and Mauritania to help them cope with population displacements and food insecurity because of conflict in the Sahel region.

Biegun said the additional funds for Syria would bring total U.S. support since the start of the crisis there to more than $12 billion.

A crackdown by Syrian President Bashar al-Assad on protesters in 2011 led to civil war, with Iran and Russia backing the government and the United States supporting the opposition. Millions have fled Syria and millions more have been internally displaced.

In July, the United States imposed new sanctions aimed at cutting off funds to Assad.

Syrian authorities blame Western sanctions for civilian hardship in the country, where a collapse of the currency has led to soaring prices and people struggling to afford food and basic supplies.

Washington says its sanctions are not intended to harm the people and do not target humanitarian assistance.

He said the funds for South Sudan would go to help South Sudanese in the country and in neighboring states.

In 2018, South Sudan formally ended five years of civil war that killed an estimated 400,000 people, caused a famine and created a massive refugee crisis, but efforts to conclude a peace process have stalled.