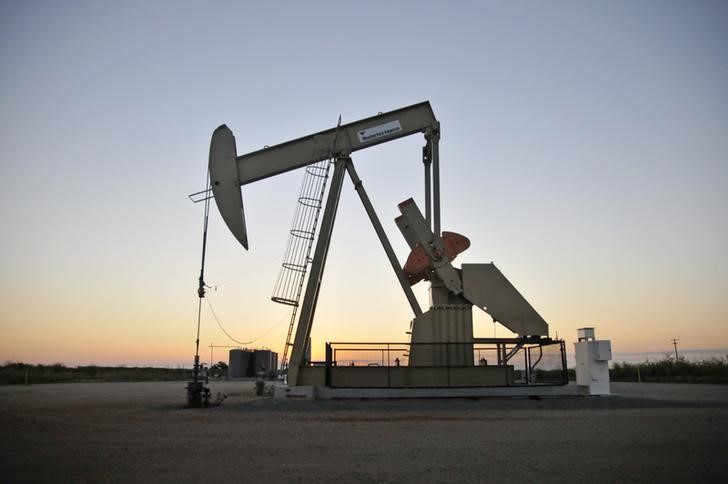 By Swetha Gopinath and David Henry

(Reuters) - Nearly two years into an epic oil rout, U.S. shale drillers that have upended global energy markets are finally feeling a credit squeeze as banks make their biggest cuts yet to their loans.

Every six months, oil and gas producers and their banks negotiate how much credit they should be given based on the value of their reserves in the ground.

In previous reviews, banks were willing to offer borrowers some leeway, encouraged by producers' hedges against falling prices and their ability to keep cutting costs in step with crude's slide that began in mid-2014.

This time, with many companies' hedges largely gone and crude prices used in the reviews as much as 20 percent lower than six months earlier, banks are getting tough.

Just a few weeks into the current round of talks more than a dozen companies have had their loans cut by a total of $3.5 billion, equivalent to a fifth of available credit, according to data compiled by Reuters. (Graphic:http://tmsnrt.rs/1S9304F]

At that rate, $10 billion more of bank credit will disappear as a remaining $50 billion or so of credit lines come under scrutiny in talks that stretch into May.

Companies and bankers contacted by Reuters declined to comment beyond their public statements due to the sensitive nature of the talks.

The squeeze puts further pressure on the shale industry to sell assets, cut jobs and drilling and shrink capital spending. It also raises the risk that more companies will tip into bankruptcy.

Banks are also under more pressure now from regulators to limit their energy-related risks as the downturn drags on.

The next credit review in the autumn could take an additional toll if oil prices, now below $40 a barrel, do not rebound.

"Any company that does not have a widely profitable base at this current price is going to find it very, very hard," said Christian Ledoux, senior portfolio manager at South Texas Money Management.

About 36 percent of some 150 energy companies with speculative grade debt will probably default on their obligations by the end of next year if oil holds around $35 a barrel, said Tarek Hamid, senior U.S. credit analyst at JPMorgan Chase & Co.

More than 50 North American oil and gas producers have entered bankruptcy since early 2015, according to a Reuters review of regulatory filings and other data.

Oil and gas producers rely on revolving credit to finance day-to-day operations and cuts force them to looks for cash elsewhere.

Clayton Williams Energy Inc (NYSE: CWEI), for example, which had its credit line slashed to $100 million from $450 million, borrowed the difference from Ares Management LP, (NYSE: ARES) an alternative asset investor that charged triple the rate of the banks.

Fearing that falling crude prices and reserve values could push many companies into default, companies and bankers have been also renegotiating financial performance tests and claims on assets while resetting the borrowing limits.

Some companies, including Eclipse Resources Corp (NYSE: ECR) and California Resources Corp, (NYSE: CRC) have disclosed that banks have agreed to loosen, or even suspend, minimum financial requirements to give them more flexibility.

Sometimes banks rewrite clauses that might have allowed lower classes of lenders to throw borrowers into default and suddenly trigger repayment requirements and cause bankruptcies, according to lawyers and analysts tracking the talks.

To the alarm of banks, some highly indebted companies, such as Linn Energy LLC, (NASDAQ: LINE) drew heavily on their credit lines ahead of their loan talks, lawyers and analysts said.

In response some banks have insisted on "anti-hoarding" provisions that would give them more say over what companies do with cash and other assets that could go toward repaying the loans.

In February, Phil Rykhoek, chief executive of Denbury Resources Inc (NYSE: DNR) told investors after loan talks with a syndicate of banks, that lenders agreed to easier financial tests in exchange for accepting such a provision.

The "anti-hoarding" provision limits how much cash Denbury can hold before drawing more on its credit line. It was not directed at Denbury, Rykhoek said, as much as it was a new defensive by banks in response to seeing other companies draw on their lines to take lender cash with them as they approached bankruptcy.

"It was very important to them," Rykhoek said.

(Reporting by David Henry in New York and Swetha Gopinath and Amrutha Gayathri in Bengaluru.; Editing by Carmel Crimmins and Tomasz Janowski)