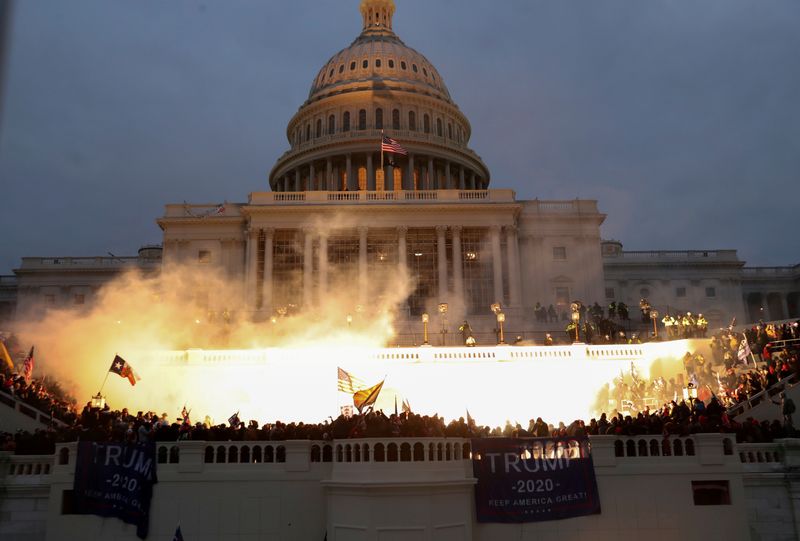 FILE PHOTO: An explosion caused by a police munition is seen while supporters of U.S. President Donald Trump riot in front of the U.S. Capitol Building in Washington, U.S., January 6, 2021. REUTERS/Leah Millis

(Reuters) - Federal prosecutors examining the role of former President Donald Trump and allies in events ahead of the Jan. 6, 2021, attack on the U.S. Capitol have subpoenaed National Archives documents provided to a House of Representatives committee, the New York Times reported.

The subpoena was issued in May, sought "all materials, in whatever form" that were given to lawmakers and was signed by the prosecutor leading the Justice Department's inquiry, according to the report.

The Justice Department did not immediately respond to an out-of-hours request for comment from Reuters.

The select committee investigating the Capitol assault asked for multiple records from the National Archives including photographs, videos, communications, calendars, schedules, movement logs and visitor records among other files.

The onslaught on the Capitol by Trump supporters led to several deaths, injured more than 140 police officers and delayed certification of Democratic President Joe Biden's victory over Republican Trump in the November 2020 election.

Trump falsely claims his election defeat was the result of fraud.