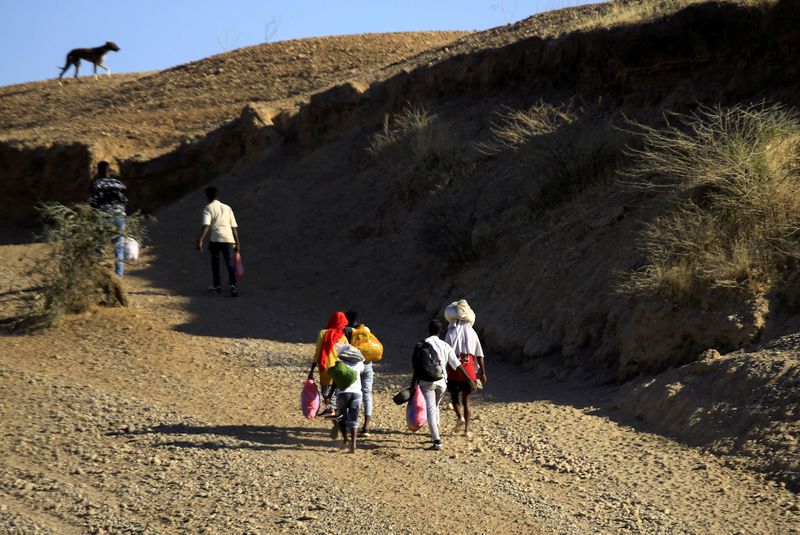 NEW YORK (Reuters) - The U.N. Security Council expressed concern on Thursday about the humanitarian situation in Ethiopia's Tigray region, particularly abuse of women and girls, a week after the U.N. aid chief said sexual violence was being used as a weapon of war.

It was the first public statement by the 15-member council, which has been briefed five times privately on the conflict, since fighting between Ethiopia's federal government troops and Tigray's former ruling party began in November.

"The members of the Security Council expressed their deep concern about allegations of human rights violations and abuses, including reports of sexual violence against women and girls in the Tigray region, and called for investigations to find those responsible and bring them to justice," it said in the statement, drafted by Ireland and agreed by consensus.

The council was unable to agree language last month with Western countries pitted against Russia and China, whose diplomats questioned whether the body - charged with maintaining international peace and security - should be involved.

U.N. aid chief Mark Lowcock last week told the council the humanitarian crisis in Tigray had deteriorated with challenges to aid access, people dying of hunger and many reports of "gang rape, with multiple men assaulting the victim; in some cases, women have been repeatedly raped over a period of days." He said girls as young as eight had also been targeted.

U.S. Ambassador to the United Nations, Linda Thomas-Greenfield, then challenged the body's silence, according to diplomats familiar with her remarks during the closed briefing, asking: "Do African lives not matter as much as those experiencing conflict in other countries?"

Ethiopia's mission to the United Nations in New York said in a statement on Thursday that the "law enforcement operation in Ethiopia is an internal affair regulated by the laws of the country, including human rights laws."

It said that Ethiopia had committed to investigate and ensure accountability for violations of human rights, including sexual violence, and that Ethiopia was providing humanitarian aid in Tigray.

The conflict has killed thousands of people and forced hundreds of thousands more from their homes in the region of about 5 million. Eritrean troops - accused of massacres and killings in Tigray - have been helping Ethiopian troops.

Lowcock said the world body had not seen any proof that soldiers from neighboring Eritrea have withdrawn, despite demands from U.N. officials and the United States. The Security Council statement made no mention of Eritrean troops.

Eritrea told the Security Council on Friday that it has agreed to start withdrawing its troops from Tigray, acknowledging publicly for the first time its involvement in the conflict.