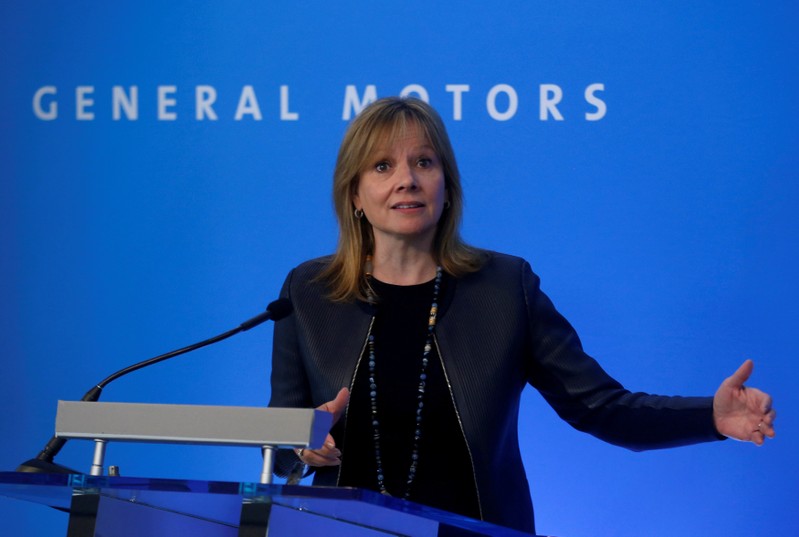 The letter from Republican Senator Rob Portman and Democrat Sherrod Brown demanding answers to questions by Dec. 21 is the latest effort by Congress and the White House to press GM into reversing its decision to halt production at four U.S. plants and cut thousands of jobs.

The senators also asked if GM will produce additional electric cars or shift to building EV SUVs and crossovers.

The letter asks GM to disclose how many people at its suppliers in Ohio will lose their jobs if GM closes its Lordstown Assembly plant as well as how much it will cost to close the plant. GM plans to discontinue U.S. production of the Chevrolet Cruze, which is made in Lordstown.

GM is unlikely to build a new vehicle at Lordstown once it halts Cruze production in March, company officials say, and GM executives have told Congress it would take two years or longer to develop and prepare the plant to assemble a new vehicle.

Barra said last week she would keep an "open mind" about the plant's future. The final decision will be made during contract talks in 2019 with the United Auto Workers union, she added.

On Friday, four members of the U.S. House wrote President Donald Trump inviting him to join them in visits to the closing plants and urging him to intervene "in every manner possible to seek both short and long term remedies for these workers."

GM, which is holding a two-day board meeting this week, did not immediately comment on the letter. The company cut hundreds of contract product development jobs in Michigan last week as part of its plan to cut around 8,000 salaried positions in North America by early 2019.

GM said in October 2017 it would launch at least 20 new all-electric vehicles by 2023, but has not said where they will be produced. GM builds the EV Chevrolet Bolt at a plant in Michigan, but plans to end production next year of its plug-in hybrid Chevrolet Volt in Detroit.

GM builds the Buick Envision in China and exports it to the United States. The company asked the Trump administration in July to exempt the vehicle from a new 25 percent U.S. tariff.