Tesla is most painful stock for short sellers in 2017 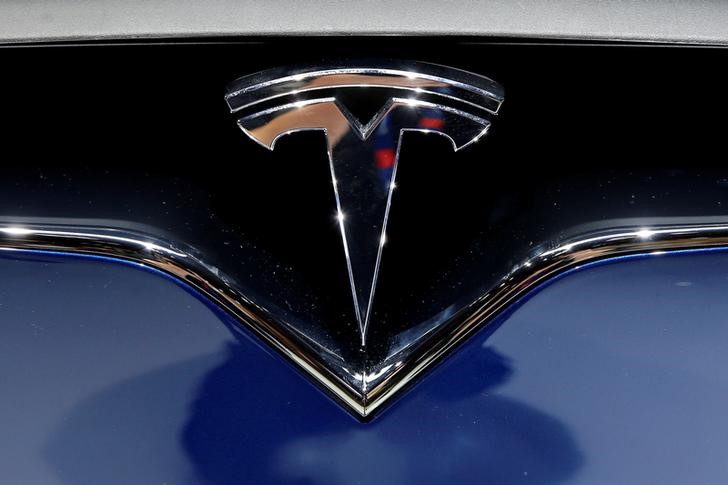 A Tesla logo is seen on media day at the Paris auto show, in Paris, France, September 30, 2016. REUTERS/Benoit Tessier/File Photo

The Palo Alto, California, company's stock has become a battleground between investors betting Chief Executive Elon Musk will revolutionize the automobile industry and skeptics who question his aggressive production targets.

Those conflicting views of the electric-car maker have deepened in recent weeks, with short sellers increasing their exposure even as paper losses mount and Tesla's stock hits new highs.

Short bets against Tesla have grown to $10.1 billion from $8.7 billion at the start of April, and during that time short sellers have racked up paper losses of $1.4 billion, according to S3 Partners, a financial analytics firm. Tesla's stock has climbed 15 percent in the same period and has surged 50 percent so far in 2017.

"You have your momentum guys riding this stock up and making a fantastic return, and the fundamental guys holding onto their shorts and building them and saying 'this can't continue' and waiting for the shoe to drop," said Ihor Dusaniwsky, S3 Partners' head of research.

"It's one of your classic yin and yangs on Wall Street."

Overall this year, short sellers betting against Tesla have lost $3.7 billion, far more than has been lost shorting any other U.S. stock, according to S3.

In Wednesday's quarterly report, investors will look for an update on Tesla's plan to launch its mass-market Model 3 sedan in the second half of 2017 and quickly increase production to a target of 500,000 cars per year in 2018. Last year it sold 76,230 cars, missing its target of at least 80,000 vehicles.

"Investors will likely react strongly to any updates to Model 3 timing," UBS analyst Colin Langan wrote in a preview.

On Tuesday, Tesla's market value was $53 billion, nearly $3 billion larger than GM's. GM's stock fell 2.8 percent after it reported a decline in U.S. new vehicle sales for April in a fresh sign a long boom cycle that lifted the American auto industry to record sales last year is losing steam.