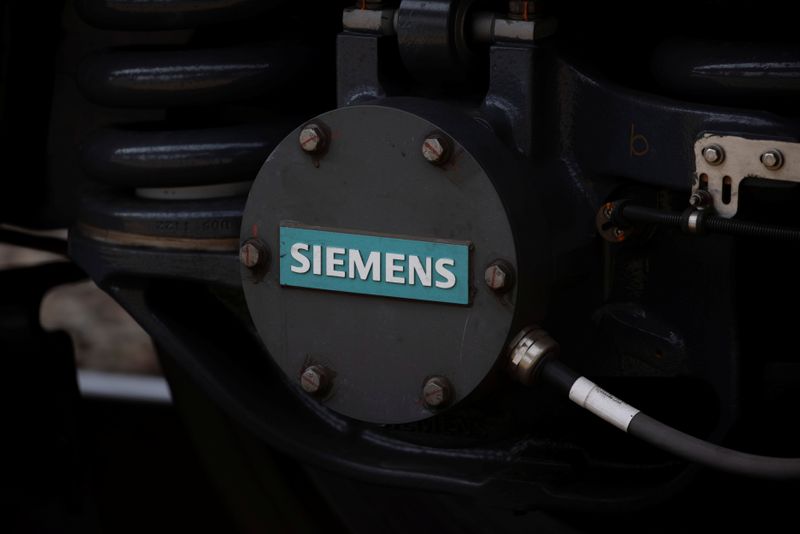 FILE PHOTO: The Siemens logo is shown on a new Siemens Charger locomotive as it comes into service as part of the Coaster Fleet in Oceanside, California, U.S., February 8, 2021. REUTERS/Mike Blake

ZURICH (Reuters) - Siemens has completed the sale of its Flender mechanical and electrical drive systems business to Carlyle Group for an enterprise value of 2.025 billion euros ($2.41 billion), the German engineering company said on Wednesday.

The deal, which was first announced last October, will go ahead after all the relevant authorities gave their approvals, Siemens said.

As previously announced, the sale of Flender results in a disposal gain of a euro amount in the mid-triple-digit millions for Siemens, the company said, although it did not give further details.