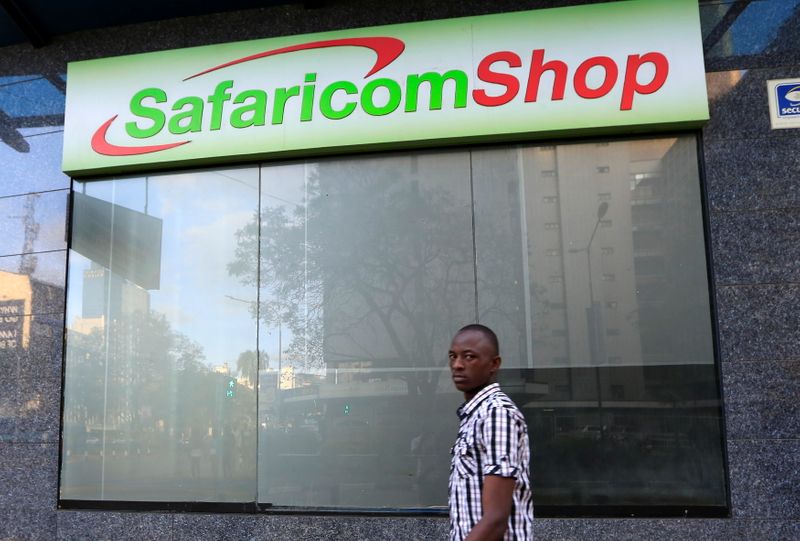 NAIROBI (Reuters) -Kenyan telecoms operator Safaricom,, said on Friday it had submitted a proposal to Kenya Power for the installation of a $300 million smart meter system at the utility, confirming documents seen by Reuters.

The telecoms company said it was now waiting for the utility's response, adding that it would install and operate the smart meter system for eight years if the deal is approved, before transferring it to Kenya Power.

Kenya Power has said it had received the proposal from Safaricom and was reviewing it in line with internal processes.

The state-controlled utility, the main power distributor in the East African country, suffers from annual power system losses of 23.46% on its transmission network, well above the global benchmark of 15%.

The system proposed by Safaricom will use the Internet of Things, which allows real time monitoring of the grid, to cut the power system losses by eight percentage points in two years, the company said.

"Technology has the potential to address many of our customers' business needs," Safaricom said.

Safaricom proposes to split the additional revenue generated from lower system losses, projected at 71.7 billion Kenyan shillings ($651.23 million) over eight years, with 75% going to Safaricom and 25% to Kenya Power.

The telecoms operator will shoulder the cost of installing 330,000 consumer, transformer and feeder smart meters.

Kenya Power, which was once considered a blue chip on the Nairobi bourse, has slid into the red in recent years partly because of the power system losses, sending its shares close to their all time lows. The company also has a heavy debt burden.

The Kenya Private Sector Alliance (KEPSA), an umbrella lobby of private firms, supports a debt restructuring programme for the utility, and a substantial reduction of its system losses to improve its commercial performance, it said in a statement on Friday, citing Kenya Power's strategic importance to the economy.