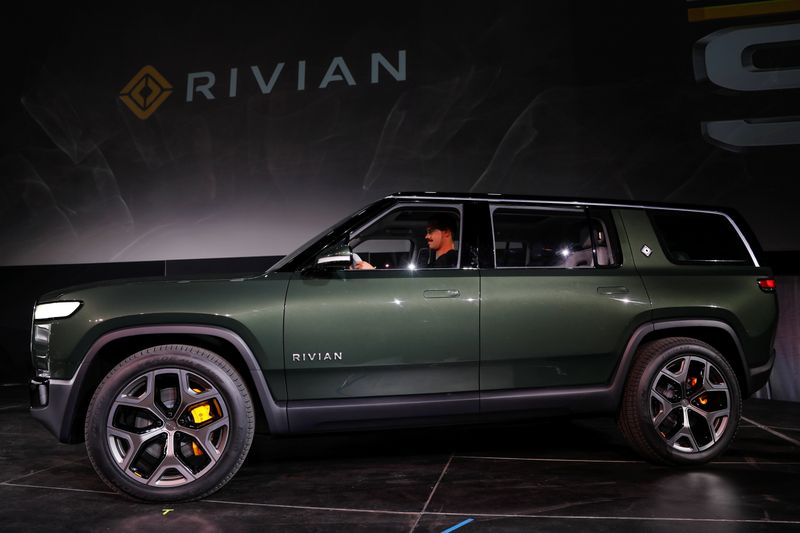 By Ben Klayman and Paul Lienert

DETROIT (Reuters) - Electric vehicle startup Rivian, which is backed by Amazon (NASDAQ: AMZN) and Ford Motor Co (NYSE: F), on Wednesday said it plans to follow up its first two products, a full-size pickup and SUV, with smaller models targeted at China and Europe where it may eventually build some vehicles.

While Rivian plans to begin selling the SUV in Europe in 2022 and China soon after, "what will really drive volume in those markets is the follow-on products" that are smaller and tailored for overseas customers, Rivian founder and Chief Executive R.J. Scaringe told Reuters.

The smaller models, which are expected to share key components with the pickup and SUV, will "fit some of those other markets really well, in particular China," Scaringe said.

"To really scale in those markets as we bring on follow-on products, having a production footprint outside the U.S. is going to be important," he said. "That's a ways off."

Scaringe added: "We wouldn't be serious about building a car company if we weren't thinking about China and Europe as important markets long term."

The company's first plant in Normal, Illinois, has begun pilot production ahead of next year's launch of three models - the R1T pickup and R1S SUV, which Scaringe described as "halo products" for Rivian, and a large electric delivery van for Amazon.

Speaking from a room overlooking the assembly line, Scaringe said the former Mitsubishi Motors plant reflects an unusual degree of vertical integration, with room for building motors and battery packs for the vehicles and for further expansion.

The Amazon delivery van is built on a version of the same platform, or basic underpinnings, used by the R1T and R1S.

Amazon, which has relationships and deals across the auto industry, led a $700 million investment round in Rivian last year.

The e-commerce company also ordered 100,000 electric vans from Rivian. The first Amazon vehicles go into production in Normal in late 2021, with all deliveries to be completed by 2024.

Scaringe said Rivian has begun setting up service centers and will deploy mobile units to handle maintenance and repair work on Amazon's vans, as well as Rivian vehicles for retail customers.

(Reporting by Ben Klayman and Paul Lienert in Detroit; Editing by Tom Brown)