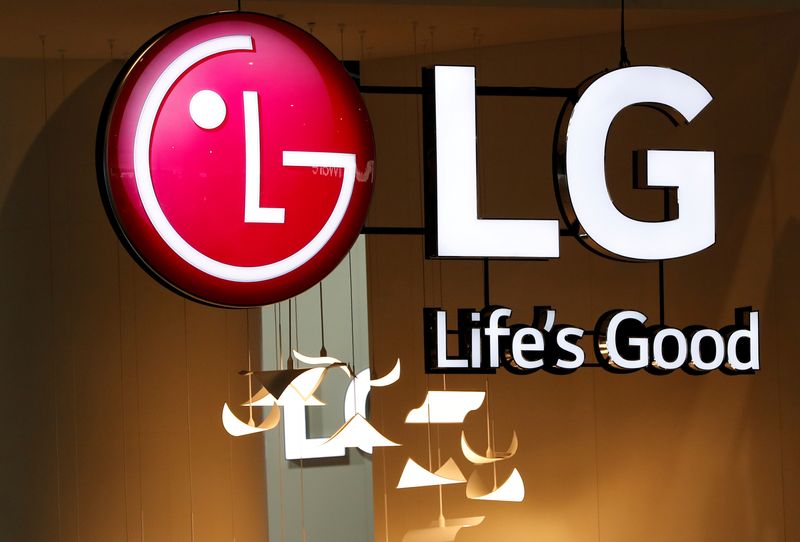 FILE PHOTO: A logo of LG is seen at the Mobile World Congress in Barcelona, Spain February 28, 2018. REUTERS/Yves Herman/File Photo

LG announced in November that it would spin off a new holding company and transfer its holdings in LG Hausys, LG MMA, Silicon Works, LG International and Pantos into the new entity, marking the latest reorganization at one of the country's family-led conglomerates as they pass to a new generation.

U.S. hedge fund Whitebox Advisors, which owns roughly 1% of LG, opposes the plan and has mounted a public campaign to stop it, saying the spinoff would hurt minority shareholders while aiming at resolving a family succession issue.

LG has argued that the spinoff would let it focus on existing core businesses such as electronics, chemicals and telecommunications services.

ISS and Glass Lewis both rejected the company's arguments, roughly two weeks before shareholders are to vote on March 26.

"It appears that the proposed transaction lacks a compelling business justification and does not address the most pressing issues related to capital management and the enormous discount to NAV at which shares of the parent company trade," ISS said in a report seen by Reuters.

Glass Lewis cited "inadequate rationale" in recommending against the deal in its report, published late on Friday and seen by Reuters.

Analysts expect the new holding firm, to be headed by Koo Bon-joon, a son of LG's founder, will eventually be separated from LG Corp. LG Corp itself is led by Koo Bon-joon's nephew Koo Kwang-mo, who took over as LG Group chairman in 2018 after his father died.

"The statement about the post-spinoff exchange of shares between family members has fueled suspicions that the proposed transaction is merely aimed at addressing issues with succession planning inside the founding family," the report said.