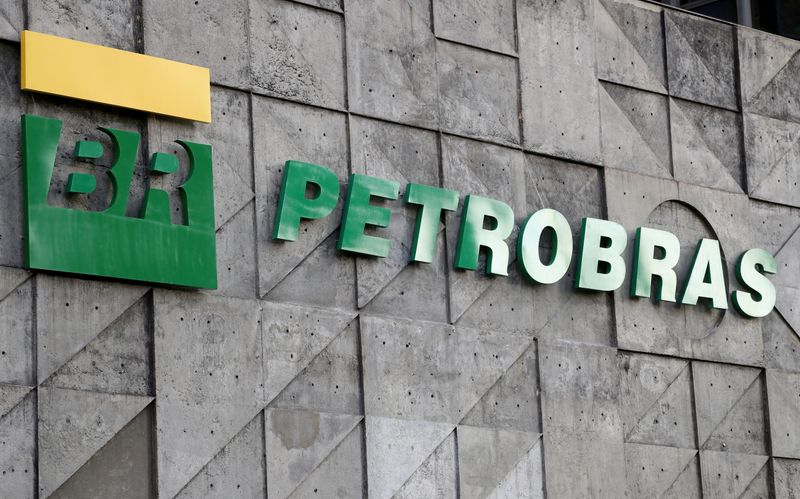 On Friday, the company's chief executive, Roberto Castello Branco, met with Brazilian President Jair Bolsonaro to talk about Brazil's fuel prices, which the president had said he considered high.

Both Petrobras and Bolsonaro reiterated before and after the meeting that the company was operating free of political influence.

Later on Friday, Reuters reported that Petrobras had adopted a policy allowing domestic fuel prices to fluctuate above and below international parity for longer periods of time than previously disclosed. The company confirmed the information.

That development sharply trimmed session gains of up to 3.5% for Petrobras shares, which closed the day just slightly higher.

On Sunday, in a second statement, Petrobras further confirmed the Reuters report, saying the policy that allows price fluctuations over a period of one year, compared to the previous three-month period, would be applied in 2021.

On Monday, the shares opened off more than 2%, at one pointing leading losses on Brazil's benchmark Bovespa equities index. Preferred shares were down 1.8% in midday trading.

Both Bradesco and XP downgraded their recommendation on the stock from 'buy' to 'neutral' on Monday, saying doubts about Petrobras pricing had increased.

On Monday, Petrobras sharply hiked diesel and gasoline prices. That followed its statement on Sunday reiterating that its fuel prices are determined only by the company and are in line with international import prices.

Petroleo Brasileiro SA, as the company is formally known, did not immediately respond to a request for comment on Monday.

Also on Monday, Petrobras divulged that it had agreed to sell its RLAM refinery to Abu Dhabi's Mubadala Investment Co for $1.65 billion but would restart the sale process for its REPAR refinery in the southern state of Parana, as it considered the current bids too low.