Manhattan federal prosecutor to stay in office at present 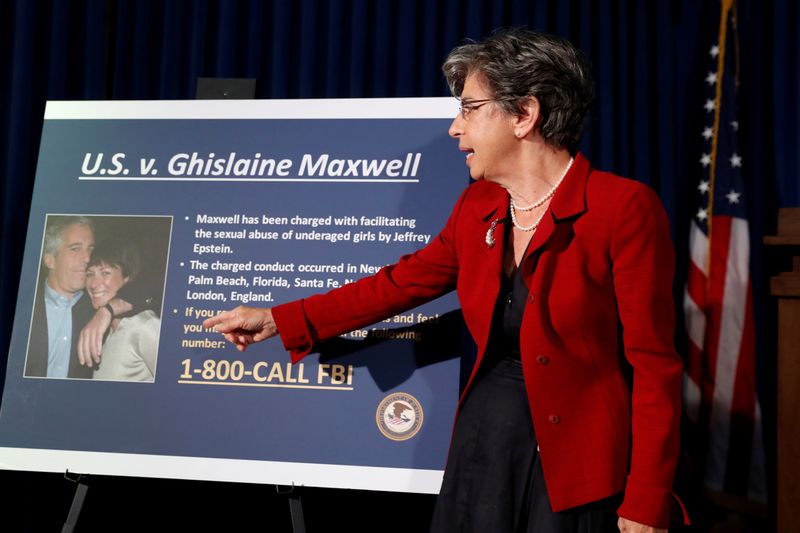 FILE PHOTO: Audrey Strauss, Acting United States Attorney for the Southern District of New York speaks at a news conference announcing charges against Ghislaine Maxwell for her role in the sexual exploitation and abuse of minor girls by Jeffrey Epstein in

WASHINGTON (Reuters) - The United States Attorney for the Southern District of New York, Audrey Strauss, will remain in her job for the present, federal officials said on Wednesday.

Strauss, based in Manhattan, occupies one of the nation's most prominent federal prosecutor's posts.

In December, the office of the Southern District's chief judge issued a statement saying that while Strauss' term of office as acting U.S. Attorney expired on Jan. 15, 2021, the court unanimously decided to retain her as the Manhattan-based federal prosecutor "until a United States Attorney, nominated by the president and appointed with the advice and consent of the United States Senate, takes office."

A Justice Department official told Reuters Strauss would continue as the Manhattan-based prosecutor, but did not respond when asked whether the Biden administration at some point would move to replace her.

Others remaining include a Delaware-based prosecutor whose office is conducting a tax probe of President Joe Biden's son Hunter Biden and John Durham, appointed by Barr as "special counsel" to investigate the origins of federal investigations of links between Trump, his entourage and Russia.