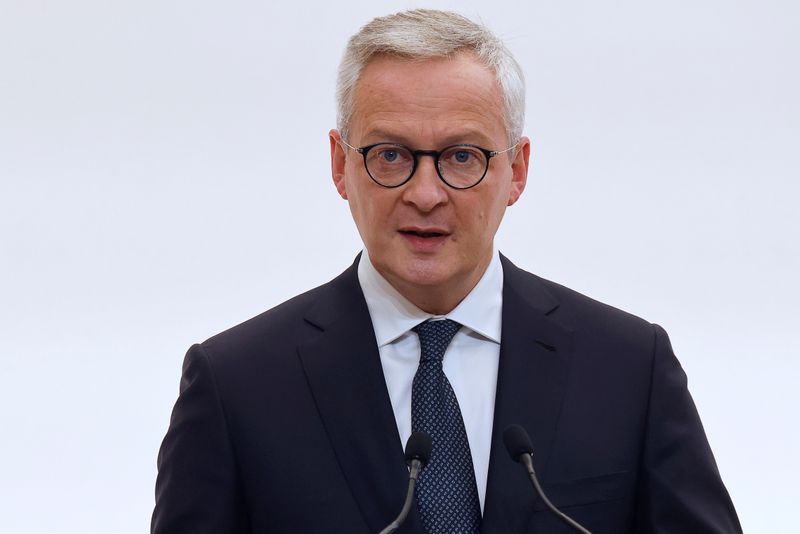 PARIS (Reuters) - French President Emmanuel Macron's ruling party pushed back on Tuesday against the finance minister's plans to hive off debt linked to spending on the coronavirus crisis.

While parliament gave its approval last year to extending an expiring tax to finance the part of the debt borne by the social security system, Finance Minister Bruno Le Maire has said he wants to specifically devote a tax to financing the 140 billion euros borne by the state.

However, lawmakers in Macron's party say that there is little need as much of the debt has been bought by the European Central Bank as part of its monetary policy - marking an usual break in backing the ministry's handling of the pandemic.

"We don't see any particular reason that would justify hiving (the debt) off with a tax levy (attached to it) when the main creditor is the ECB and nobody expects the ECB to be uncooperative with euro zone governments," lawmaker Pascal Canfin said presenting a party report on how to handle France's debt.

A finance ministry official said in response to the party's position "we are going to have to work with them".

Separately, the ruling party also poured cold water on Le Maire's plans to make intergenerational family donations easier, which he hopes would help reduce the exceptional surplus savings households have built up during the crisis.

"If it's to free up 1 or 2 billion euros, it costs a lot and it gives a message of inequality, we will have deep reservations. But I think they got the message," lawmaker Roland Lescure said.