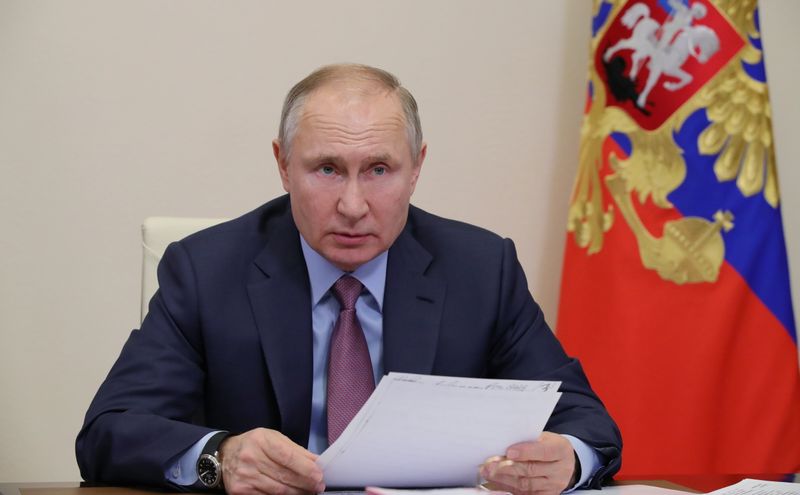 MOSCOW (Reuters) - An invitation from Tesla boss Elon Musk for Russian President Vladimir Putin to join him for a chat on a social networking app? "Very interesting," the Kremlin said on Monday.

"It would be a great honour to speak with you," Musk, the world's richest man, added in a follow-up tweet in Russian.

Kremlin spokesman Dmitry Peskov told reporters on a conference call: "In general, this is of course a very interesting proposal, but we need to understand what is meant, what is being proposed... first we need to check, then we will react."

Clubhouse, a San Francisco-based app that was launched last year requires newcomers to be invited by existing users before they can join. It offers a selection of audio chat rooms that are divided by topic.

Putin, a former KGB officer who once described the Internet as a CIA project, has for years styled himself as suspicious of modern technology.

"We want to figure it out first. President Putin does not personally use social networks directly, he doesn't have them," Peskov said.