Kazakh ex-president to hand over ruling party leadership to successor 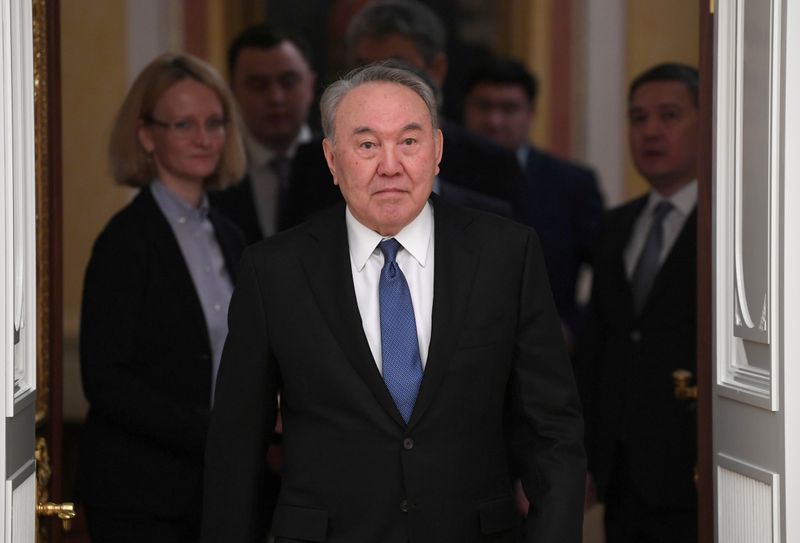 NUR-SULTAN (Reuters) - Kazakhstan's former president, Nursultan Nazarbayev, will hand over his role as the leader of the ruling Nur Otan party to President Kassym-Jomart Tokayev, Nazarbayev's spokesman said on Tuesday.

Nazarbayev, 81, had run the Central Asian country for almost three decades before abruptly resigning in 2019 and nominating his loyal ally Tokayev as his successor.

However, he has until now retained the party leadership role and remains the head of the Security Council, with sweeping powers.

The move will strengthen the position of former diplomat Tokayev, 68, as Nur Otan dominates Kazakhstan's parliament, and cement the president's role as a full-time successor.

"This means that Tokayev will run for a second term," political activist Togzhan Kozhaly wrote on Facebook.

Tokayev was elected president for a five-year term in 2019.

Nazarbayev's spokesman, Aidos Ukibay told local news website Tengrinews that in the former president's view, "Nur Otan must serve as the main support for the President of Kazakhstan, especially now, during the global crisis caused by the pandemic".