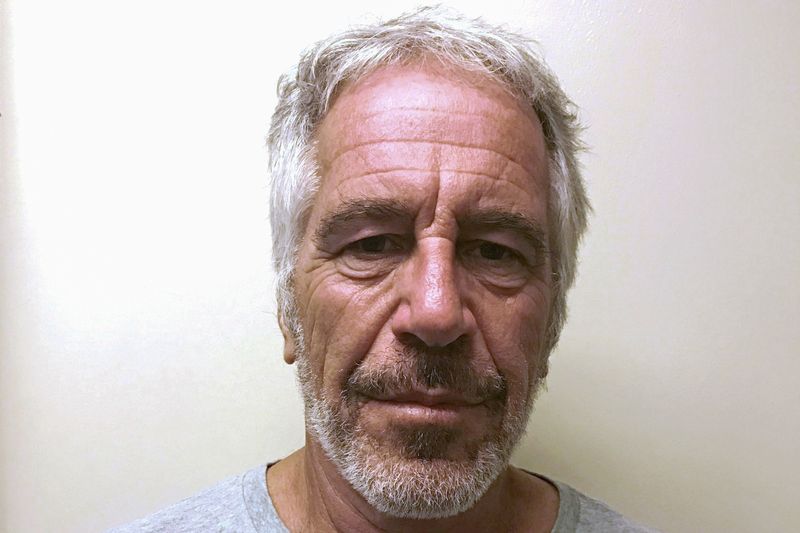 (Reuters) - A federal appeals court rejected a challenge by a Jeffrey Epstein accuser to an agreement not to prosecute the financier, and to shield his associates from criminal liability for aiding his sexual abuses.

By a 7-4 vote, the 11th U.S. Circuit Court of Appeals in Atlanta ruled on Thursday that Courtney Wild and other accusers lacked standing under the federal Crime Victims' Rights Act to disturb Epstein's 2007 nonprosecution agreement, though they had been kept in the dark while it was being negotiated.

Judges in the majority said they were "constrained" to rule against Wild, despite having "the profoundest sympathy for Ms. Wild and others like her, who suffered unspeakable horror at Epstein's hands, only to be left in the dark - and, so it seems, affirmatively misled - by government attorneys."

A decision favoring Wild could have permitted accusers to discuss with prosecutors why Epstein's associates should be charged.

Ghislaine Maxwell, the British socialite and former Epstein associate, has said Epstein's agreement required the dismissal of criminal charges in Manhattan accusing her of aiding his sexual abuse of girls.

Epstein killed himself in jail at age 66 in August 2019 after being charged with sex trafficking.

Wild, now in her 30s, was 15 when Epstein first sexually abused her, according to court papers.

"We are disappointed but not surprised," her lawyers, Paul Cassell and Bradley Edwards, said in a joint statement.

They pledged to press Congress for changes to ensure that "the rights of crime victims are never again trampled on in this disturbing way again."

Epstein's agreement with federal prosecutors in southern Florida arose from his alleged sexual abuses at his Palm Beach mansion.

In exchange for immunity, Epstein pleaded guilty to Florida state prostitution charges and served just 13 months in jail. The arrangement is now widely considered to have been too lenient.

In court papers made public on Friday, federal prosecutors in Manhattan said the agreement did not bind them and did not give Maxwell complete immunity from prosecution for federal crimes.

Maxwell's lawyers did not respond to requests for comment.

Circuit Judge Kevin Newsom wrote Thursday's majority opinion. Six of the seven judges in the majority were men, while the four dissenting judges were women.

One dissenter, Circuit Judge Frank Hull, said the majority opinion created a "two-tiered justice system" that exacerbated disparities between wealthy defendants and others.

She said limiting protections of the victims' rights law to the period after people like Epstein are charged leaves federal prosecutors "free to engage in the secret plea deals and deception pre-charge that resulted in the travesty here."

Last April, a divided three-judge panel of the 11th Circuit said prosecutors had no obligation to disclose Epstein's nonprosecution agreement. It later set aside that ruling so the full appeals court could consider the matter.

"I don't see this as a loss," Wild said in a statement provided by her lawyers. "The judges agreed that the way were treated was wrong. Without this lawsuit, that wrong would have been swept under the rug and would have repeated itself."

In opposing Wild's appeal, the U.S. Department of Justice nonetheless expressed regret for its handling of the matter, and said Wild should be commended for shining a light on Epstein's misconduct.

Epstein's agreement had been negotiated by prosecutors led by then-U.S. Attorney Alex Acosta in Miami.

A Justice Department investigation found in November that Acosta exercised "poor judgment" but did not recommend sanctions.