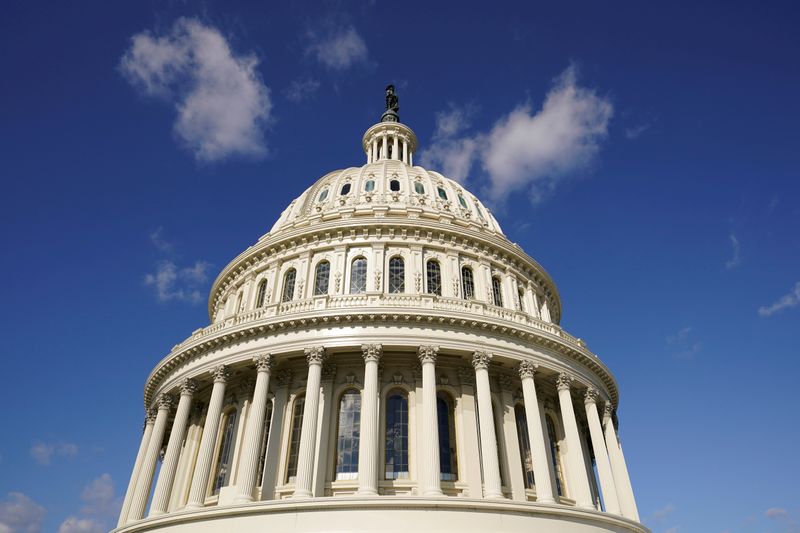 WASHINGTON (Reuters) - The Iowa Democratic congressional candidate who had challenged the certified election results of a disputed seat in the U.S. House of Representatives said on Wednesday that she had withdrawn her contest.

The dispute had been poised to become a political maelstrom, as some Republicans warned the case would set a dangerous precedent and some Democrats expressed misgivings about it.

Rita Hart, a former state senator who had run for Iowa's 2nd Congressional District seat, lost her race to Republican Mariannette Miller-Meeks by six votes out of nearly 400,000 cast.

Miller-Meeks was sworn into office in January, after state election officials certified the results.

But Hart petitioned the U.S. House, which holds an extremely narrow Democratic majority, to intervene, saying 22 votes were improperly excluded from the count.

"Despite our best efforts to have every vote counted, the reality is that the toxic campaign of political disinformation to attack this constitutional review of the closest congressional election in 100 years has effectively silenced the votes of Iowans," Hart said in a statement.

A spokesman for Miller-Meeks' office did not immediately respond to a request for comment.

Zoe Lofgren, the chair of the House Administration Committee, said the panel would recommend that the House dismiss the contest now that Hart had withdrawn her challenge.

"We are glad Rita Hart finally came to her senses," said Mike Berg, a spokesman for the National Republican Congressional Committee.

Former President Donald Trump, a Republican, refused to publicly accept the results of the Nov. 3 presidential election, in which he lost to Democrat Joe Biden. After a fiery speech Trump made in Washington, hundreds of his supporters stormed the Capitol on Jan. 6 in a bid to stop the certification of Biden's victory.

The events directly led to Trump's second impeachment trial, on a charge of inciting an insurrection.

Nine of the 10 Republicans who voted to impeach Trump drew a parallel between that incident and the Iowa election, saying the dispute "reinforces the false belief by many in our country that our election system is rigged."