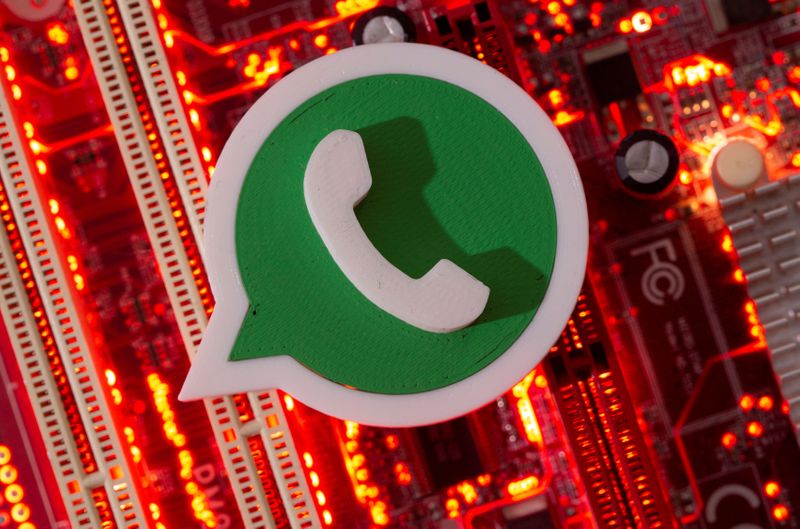 FILE PHOTO: A 3D printed Whatsapp logo is placed on a computer motherboard in this illustration taken January 21, 2021. REUTERS/Dado Ruvic/Illustration

By Aditya Kalra and Sankalp Phartiyal

The update announced in January, which will take effect in May, allows WhatsApp to share some user data with Facebook and its units, prompting a global backlash including in India, its biggest market with more than 500 million users.

The 21-page antitrust order came as WhatsApp is expanding its digital payment services to millions of Indians.

The Competition Commission of India said WhatsApp had violated competition laws "through its exploitative and exclusionary conduct ... in the garb of policy update."

It ordered its investigation unit to launch a probe and submit a report within 60 days. Such probes typically take several months.

WhatsApp's sharing of data in a way that is "neither fully transparent nor based on voluntary and specific user consent," appears unfair to users, the watchdog added.

The regulator said WhatsApp had told it that the policy update raised no competition law concerns.

WhatsApp responded in a statement it would engage with the commission, noting the company's commitment to protecting encryption and providing transparency on how the new business features work.

WhatsApp has previously said that changes only involved users' interactions with businesses.

In India, users concerned about privacy have downloaded rival apps such as Signal and Telegram, according to data from research firms.