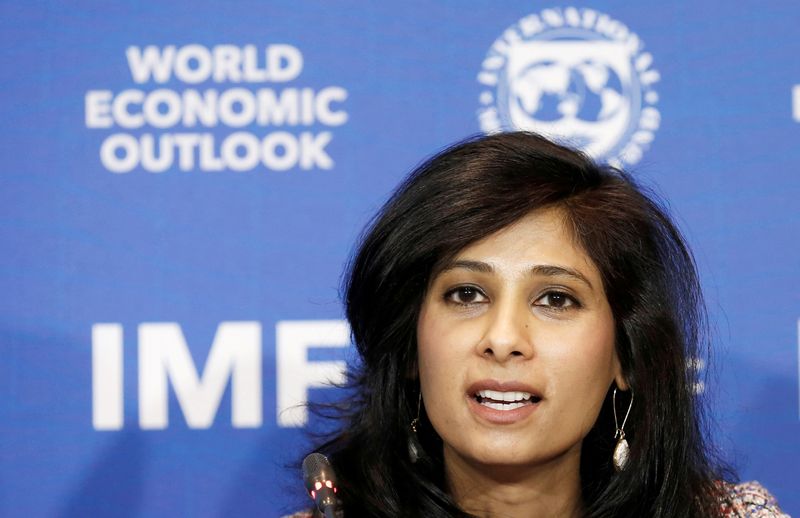 "Investments in green technologies and digitalisation are essential to create sustainable growth," the IMF's Gita Gopinath told Handelsblatt in an interview published as the IMF and World Bank held their fall meetings.

"If higher investments are necessary, Germany should make an exception to the debt brake for this," she added.

Finance Minister Olaf Scholz, the Social Democrat now in talks to lead a new government following the Sept. 26 election, has proposed suspending the debt brake for a third year in 2022 to allow additional borrowing of nearly 100 billion euros.

From 2023 onwards, Scholz wants to consolidate public finances and return to the debt brake rule that would limit new borrowing to 0.35% of economic output.

Gopinath said the European Union should also adapt the budget rules enshrined in its Stability and Growth Pact.

"It needs reform," she said, adding that until EU states have agreed on this, it is important to "allow slower budget consolidation."

The IMF expected inflation in Germany, which rose to 4.1% in September, to slow in the coming year. Gopinath added: "For the euro zone, we predict an inflation rate in the medium term that is below the European Central Bank's two percent target."