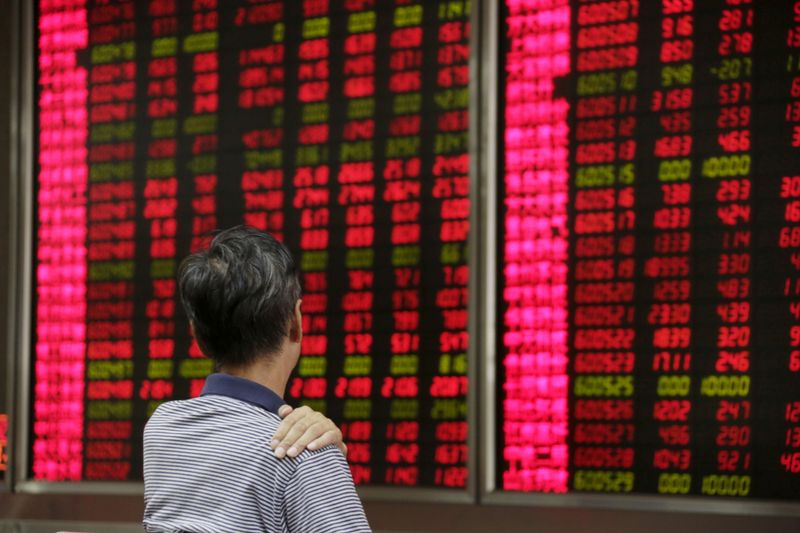 (Reuters) - Government bonds enjoyed their biggest monthly rally in July since at least March 2020, driven by risks from the COVID-19 Delta variant and central bank assurances that a paring back of monetary support was still far off.

Concerns that the economic recovery was not as strong as expected prompted an initial rally, amplified by those who had bet against bonds rushing back into the market, investors say.

The European Central Bank's July 22 meeting signalled its determination to achieve a new 2% inflation target, while China cut banks' reserve requirements this month in a sign economic momentum was faltering.

As bond prices rallied, German and Australian 10-year government bond yields were set for their biggest monthly falls since January 2020, down over 20 basis points each by 1426 GMT on Friday. British 10-year bonds dropped nearly 15 basis points.

U.S. 10 Treasury yields have seen their biggest drop since March 2020, the height of last year's market panic triggered by the spread of coronavirus.

"It has been one of the best months we had because of the massive price return in most of our investments. Most of the performance has been led by the govvie, Treasury rates," said Pascal Perrone, portfolio manager at Eric Sturdza Investments.

Inflation-linked bonds led the rally. Governments' "real" 10-year borrowing costs, which strip out the effects of anticipated inflation, tumbled to record lows, dropping around 30 basis points in Germany and the United States.

Payouts for such bonds rise or fall in line with inflation over the life of the instrument, making them an important hedge against rising prices.

U.S. inflation-protected securities, known as TIPS, attracted a record $3.2 billion of inflows in the week to Wednesday, after data earlier in July showed consumer prices at 5%, rising at the fastest pace in 13 years.

Germany's 10-year real yield is set for its biggest monthly fall since July 2012, when then-ECB President Mario Draghi promised to do "whatever it takes" to tide the euro zone over its debt crisis and preserve the euro.

July marked another seminal moment for euro zone debt as the ECB pledged to keep rates at record lows for even longer to meet its new symmetrical inflation target and said it would tolerate temporary overshoots of that target.

But record low real yields are often seen as a worrying sign, as they reflect a pessimistic view on future economic growth, which is why many bond bears remain undeterred because they expect a big bounceback for economic growth this year.

Fifteen of the 23 banks and asset managers canvassed by Reuters said they still expect 10-year U.S. yields to end 2021 around 2%.

JPMorgan and BofA both predicted 10-year German yields at just below 0% by year-end, from -0.45% now.