Five signs of a rebounding economy from U.S. CPI 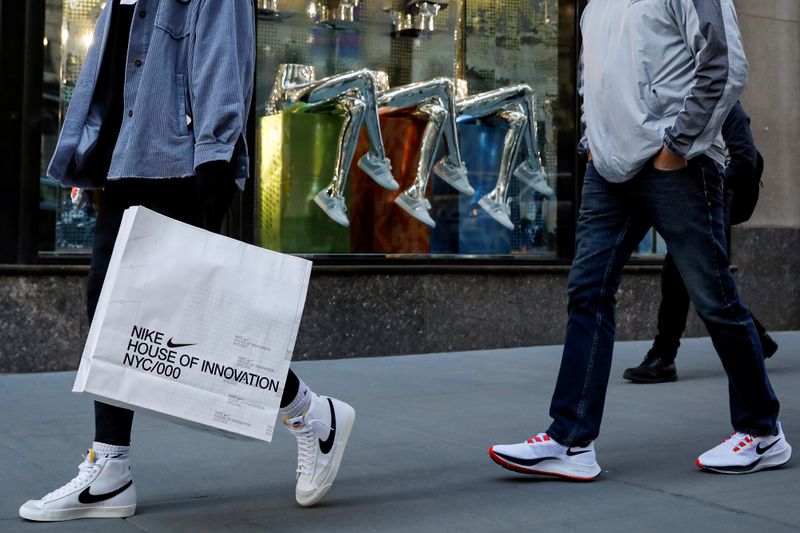 While prices for some items like gasoline have been grinding higher for months, costs for some others are showing some of the first signs of returning consumer demand in sectors like travel, leisure and entertainment.

After plunging last spring when the economy shut down in the early attempts to contain the coronavirus pandemic, gas prices have been steadily rebounding.

Last month they rose 9.1%, the third-largest monthly increase since 2009, largely as a result of the surprise winter storms in Texas in February that shut down petroleum refining capacity. But the month also registered a big uptick in consumer demand for automotive fuel, according to AAA.

The Centers for Disease Control earlier in April said fully vaccinated people were at low risk for catching COVID-19 while traveling, but it's clear that many people did not wait for that green light.

Costs for a number of travel-related services rose substantially in March, with airline tickets, for instance, rising for the first time since November, up 0.4% from February.

One of the largest price increases in the travel sector was for vehicle rentals. They climbed 11.7%, the second-largest monthly increase on record.

Graphic: Wheels away from home https://graphics.reuters.com/USA-ECONOMY/INFLATION-CARS/rlgvdzlqjvo/chart.png

Costs for lodging away from home surged in March, led by the largest increase in hotel and motel room prices in decades. Prices for hotel and motel stays rose 4.4% from February, the most since January 1991.

Graphic: Would you like a room with a view? https://graphics.reuters.com/USA-ECONOMY/INFLATION-HOTELS/rlgpdzlajpo/chart.png

If last month's price increases for event and venue admissions are any guide, people were eager not just to go places but also to do things that were largely not available for most of the last year.

The 2.6% increase for admissions to everything from movies and sporting events to concerts and theme parks was the biggest since 1984.

Graphic: How much to get in? https://graphics.reuters.com/USA-ECONOMY/INFLATION-ADMISSIONS/gjnpwdwkqvw/chart.png

Overall price increases for food - both at home and away from home - were mostly subdued in March, but one item stands out: A 3.4% increase for potatoes, the largest increase in nearly eight years.

The rise coincided with a rebound in restaurant traffic and came roughly a year after restaurant shutdowns contributed to a big drop in potato prices that weighed on the CPI's sub-index for potatoes through February.

In mid-March, restaurants that were open were seating guests at roughly 70% of their pre-pandemic levels, but that was up sharply from the previous month, according to OpenTable data. This month, many are routinely seeing guest levels around where they were before the pandemic struck.

Graphic: Side of fries with that? https://graphics.reuters.com/USA-ECONOMY/INFLATION/jznvnazjypl/chart.png