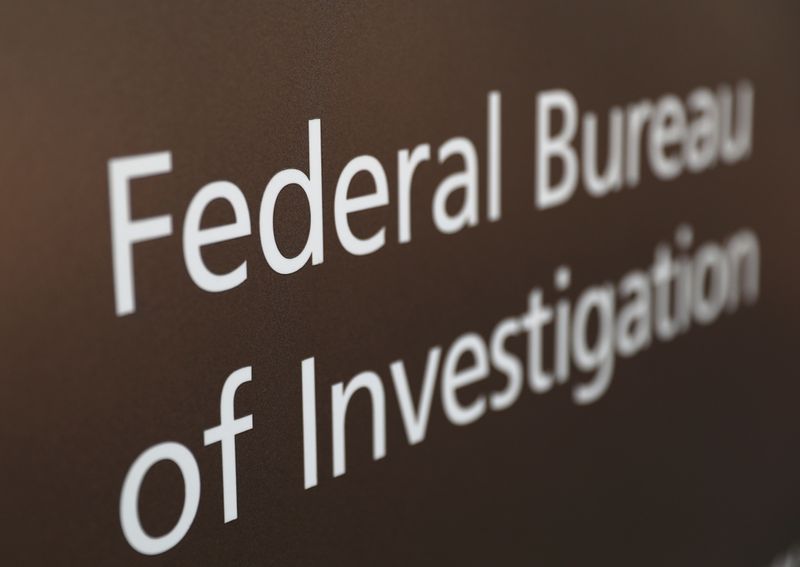 FILE PHOTO: A sign of the Federal Bureau of Investigation is seen outside of the J. Edgar Hoover FBI Building in Washington, March 12, 2019. REUTERS/Leah Millis/File Photo

WASHINGTON (Reuters) - A former lawyer for Hillary Clinton's presidential campaign law firm pleaded not guilty on Friday to lying to the FBI, a charge by a U.S. special counsel investigating the origins of a FBI probe of potential ties between Russia and Donald Trumpâs 2016 election campaign.

Sean Berkowitz, a lawyer for Michael Sussmann, 57, a cybersecurity specialist who worked for the Perkins, Coie law firm, told U.S. Magistrate Judge Zia Faruqui that he was entering "a plea of not guilty on behalf of Mr. Sussmann".

Andrew Defilippis, representing special counsel John Durham, asked that conditions for Sussmann's release on bail include limiting his travel to Washington D.C. and New Jersey, and that he transfer a firearm he owned to a third party.

Berkowitz agreed to the conditions. The next hearing was scheduled for Sept. 22 before U.S. District Judge Christopher Cooper.

Sussmann was accused in an indictment issued on Thursday by Durham of making false statements during a Sept. 19, 2016, meeting with James Baker, then General Counsel of the Federal Bureau of Investigation.

The indictment accused Sussmann of falsely telling Baker he did not represent any client when he met him to give the FBI white papers and other data files containing evidence of questionable cyber links between the Trump Organization and a Russian-based bank. Sources familiar with the investigation identified the bank to Reuters as Alfa Bank.

The indictment said Sussmann turned over that information to Baker not as a "good citizen" but as an attorney representing a U.S. technology executive, an internet company and Clintonâs presidential campaign.

Sussmann "will fight this baseless and politically-inspired prosecution," his attorneys Berkowitz and Michael Bosworth said in a statement on Thursday. Sussmann resigned from Perkins Coie on Thursday.

Sussmann is the second person to be prosecuted by Durham since Trump-appointed U.S. Attorney General William Barr tapped him in 2019 to investigate U.S. officials who investigated Trump-Russia contacts. Trump portrayed the 2016 FBI investigation as a political witch hunt.