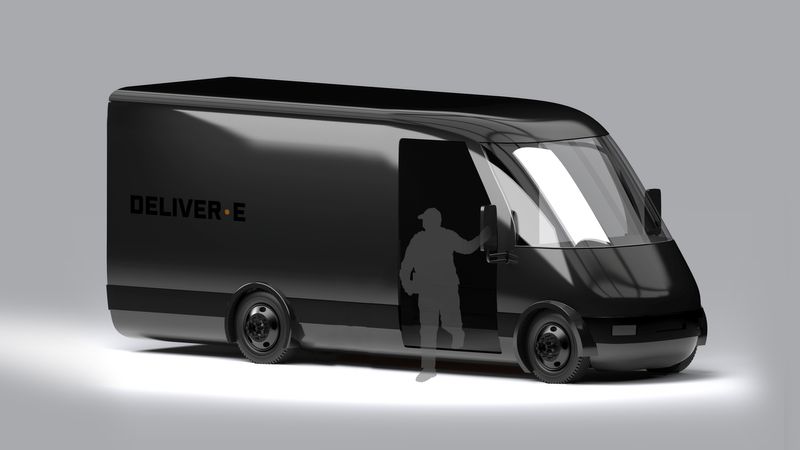 The company has been working on bringing pickup trucks for consumers to market, but Chief Executive Robert Bollinger said the impetus for the DELIVER-E model came from other manufacturers seeking electric delivery vans.

"Everyone knows there's a lot of players in this electric delivery space," Bollinger told Reuters. "But the need for electric vehicles is much greater than anyone can produce at this point."

The Detroit area startup is in talks with contract manufacturers in the United States to produce the DELIVER-E, which will come in a variety of medium-duty truck sizes - from Class 2B through to Class 5.

The DELIVER-E vans will have a variety of battery packs available, allowing a maximum range of up to 200 miles. But as most U.S. delivery routes are much shorter than that, customers will be able to opt for smaller, cheaper battery packs to suit their needs, Bollinger said.

Encouraged by the popularity of electric carmaker Tesla Inc (NASDAQ: TSLA) among investors, some electric vehicle startups have sought to emulate the success of electric commercial truck maker Nikola Corp (NASDAQ: NKLA), which went public via a special purpose acquisition company, or SPAC. Nikola's shares are up nearly 300% since their stock market debut in June.

Bollinger has been mentioned by dealmakers and industry executives as a potential SPAC target.

"We did have a number of SPACs contact us looking to do something and it just wasn't the right time for us," Bollinger said.