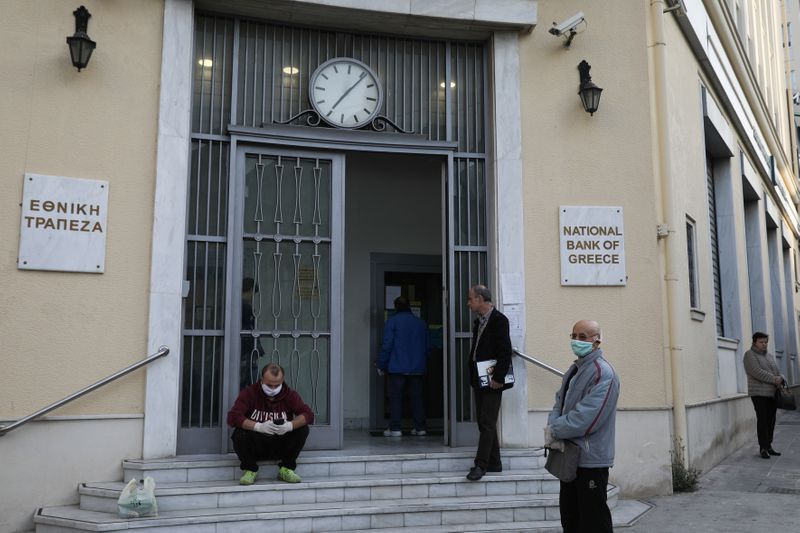 ATHENS (Reuters) - The European Central Bank supports Greece's plan to extend a bad-loan reduction scheme to help banks further reduce their burden of bad loans, a member of the ECB's supervisory board said on Thursday.

The Hercules asset protection scheme, called Hercules, was put in place in late 2019 to help the country's banks offload up to 30 billion euros of impaired loans.

"Given the success of this securitisation programme, we welcome the Greek authorities' stated intention to extend this scheme into 2022," Elizabeth McCaul, an ECB supervisory board member, told a conference on non-performing loans in Athens.

The NPL ratio of euro zone banks stood at about 2.8% in last year's third quarter, down from about 7% at the end of 2015. But the ratio at Greek banks was 36% at the end of September.

But with impaired loans expected to increase again in the coming months as the impact of the COVID-19 crisis on the economy intensifies, banks must address bad loans at an early stage.

"Banks should be incentivised to build up provisions as early as possible, preventing larger losses at a later stage," McCaul said. "The sooner NPLs are identified and provisioned for, the faster NPL resolution and disposal will be."