Danone's Faber to give up CEO role after investor pressure 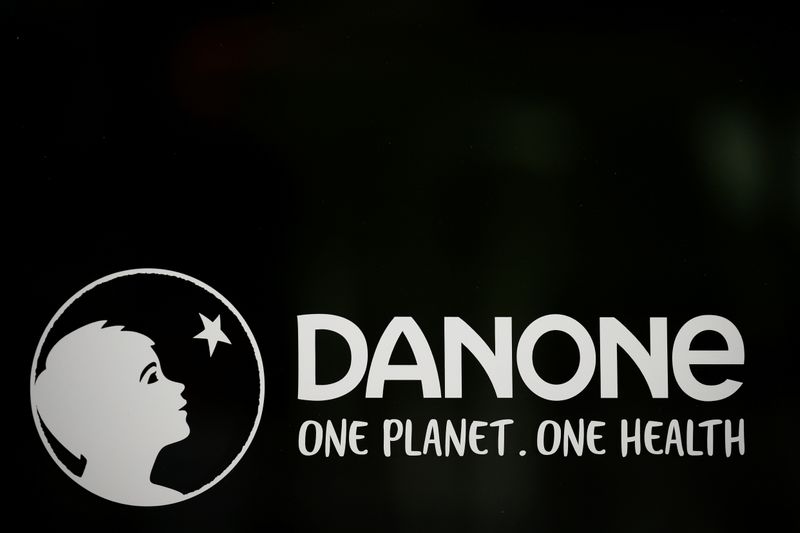 PARIS (Reuters) - France's Danone SA said on Monday its board has voted to separate the chairman and chief executive roles held by Emmanuel Faber, and launch the search for a new CEO following calls from several shareholders to shake up governance.

Faber will remain in the dual position until a new CEO is found and then become non-executive chairman.

The world's biggest yoghurt maker is trying to draw a line under growing pressure from investors over the firm's share price and strategy, which had led to unease at the board level too, people familiar with the group have said.

Now in his seventh year as chief executive, Faber has pursued a strategy centered on diversifying into fast-growing products featuring probiotics, protein and plant-based ingredients to mitigate slower growth in dairy.

In recent months and with speculation around an incursion by activist investors growing, Faber announced a plan to cut 2,000 jobs, trim product ranges and sell some assets, including the group's business in Argentina and the Vega plant-based brand.

On Sunday, Danone had also announced plans to sell its stake in Chinese dairy firm Mengniu and use the gains to buy back its own shares.

Faber was the person who put forward to the board the proposals to separate the CEO and chairman roles and to start the search for a new CEO, and the board's decisions were unanimous, according to a statement from the company.

In one sign of its attempts to keep the peace, the board also said it fully supported a "local first" overhaul Faber had championed to give business units around the world more autonomy, a move that had previously divided some directors.

The CEO search could go quickly, a source familiar with the discussions said, and up to eight names of potential candidates were already circulating among board members.

Cracks had begun to appear in Danone's 16-strong board in recent months, people familiar with the group have said.

Former Finance Chief Cecile Cabanis, formerly a key Faber lieutenant, said in October she would be stepping down, though she later took up a newly created post as vice-executive chairman, keeping her board seat.

On Monday, Danone said Cabanis would be joined as fellow vice-executive chairman by Gilles Schnepp, the former head of electrical group Legrand and a recent addition to the board who had been touted by Bluebell as a good candidate for chairman.

Sales growth, margins as well as the share price have lagged the performance at some rivals such as Perrier owner Nestle and Unilever, which is behind Cornetto ice cream and Lipton tea.

But Faber, 57, has had some backing from worker unions. The executive has a following as an advocate of a more sustainable way of doing business, and has taken steps to link Danone's performance to social and green criteria and pledged to focus on issues such as packaging and healthier brands.

A regular social media user, Faber has sometimes posted pictures of himself sampling fat-free Danone yoghurts or organic chocolate spreads, as well as sharing messages about the environment.

(Reporting by Sarah White and Gwenaelle Barzic in Paris; Editing by Matthew Lewis)