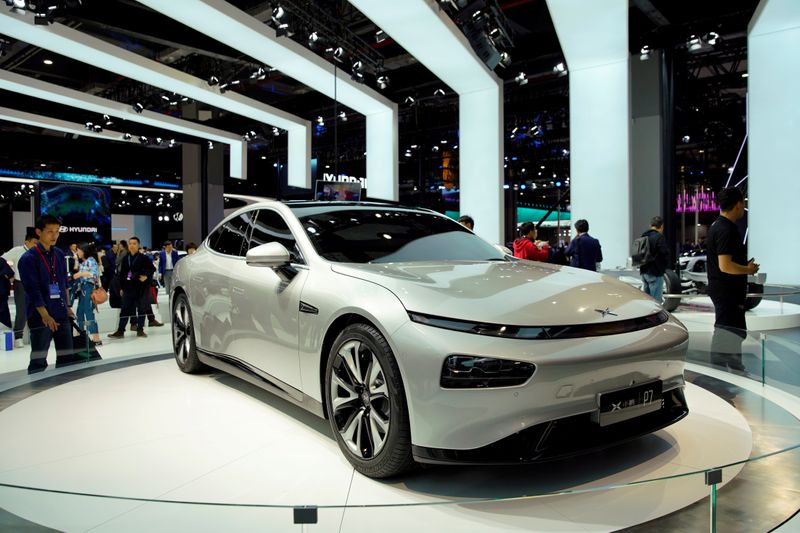 As enthusiasm builds for EVs, shares of their makers such as Tesla Inc (NASDAQ: TSLA) and Nio Inc (NYSE: NIO) have surged in recent months and automakers are looking to the markets for funds.

Six-year-old Xpeng, which is backed by Alibaba Group Holding (NYSE: BABA), said earlier in July it had raised around $500 million from investors including Aspex, Coatue, Hillhouse and Sequoia Capital China.

It has now raised an additional $300 million from new investors including the Qatar Investment Authority, the sources said, adding the company might further expand the fundraising.

Funds will go towards research in areas such as intelligent vehicle technologies, the sources said, without giving any further details.

The latest fundraising takes the total amount raised so far in the company's so-called C+ round to more than $800 million. The company has filed for a U.S. initial public offering (IPO), the sources, who declined to be named as discussions are private, said.

Xpeng, which had delivered 19,376 G3 SUVs as of June, declined to comment. Qatar Investment Authority could not immediately be reached for comment. CNBC earlier reported the funding on Friday.

Shares in Xpeng's rival Li Auto Inc (NASDAQ: LI) soared more than 50% following its debut on Nasdaq on Thursday, after the Chinese automaker sold shares to investors in its $1.1 billion IPO.