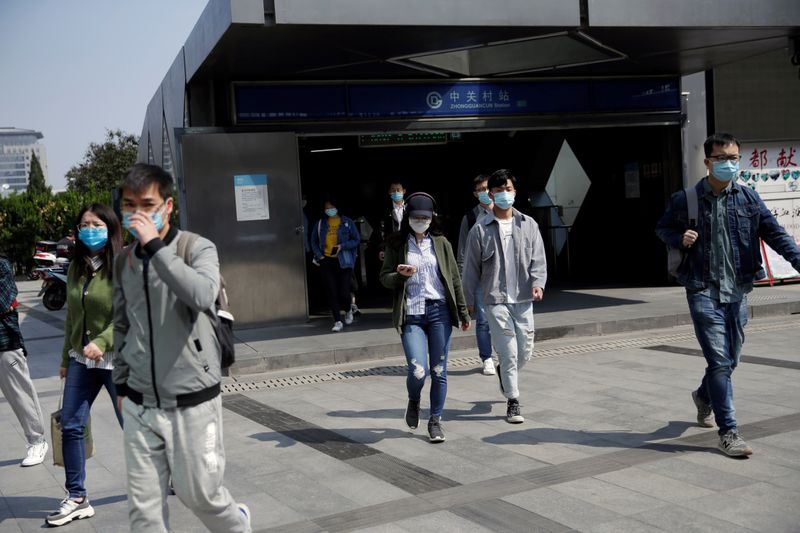 BEIJING (Reuters) - China's foreign ministry on Monday denied claims that Beijing is spreading disinformation about the coronavirus following a European Union report that said there was "significant evidence" of covert Chinese operations on social media.

"China is opposed to the creation and spreading of disinformation by anyone or any organisation. China is a victim of disinformation, not an initiator," said foreign ministry spokesman Geng Shuang at a regular press briefing on Monday.

The report by the EU's foreign policy arm said state-backed governments including China and Russia were responsible for spreading disinfomration on the virus.

Reuters earlier reported that senior Chinese officials pressured the EU to drop the criticisms from the report last week, stating that it would make Beijing "very angry". [L2N2CC255]

The report was published late last week after a delay and some information regarding China was changed. An EU spokeswoman declined to comment.

China has fiercely defended its handling of the novel coronavirus amid calls from some countries to initiate an independent investigation into the virus and its source. [L3N2CF2KE]

The foreign ministry's Geng said there was no conclusive evidence that the virus originated in China, and warned that "political manoeuvring" behind calls for an independent investigation would not be successful.