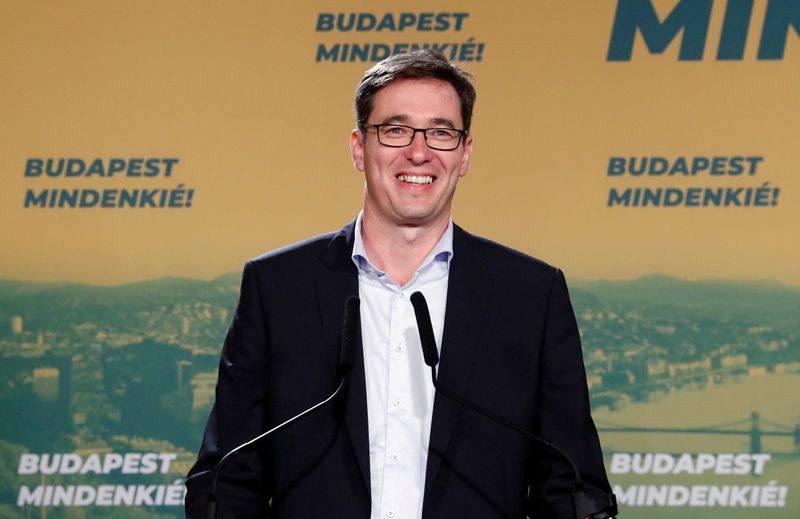 BUDAPEST (Reuters) - Budapest mayor Gergely Karacsony on Saturday announced his bid to become the prime minister candidate for Hungary's six opposition parties which are trying to forge an alliance to take on Prime Minister Viktor Orban in national elections next year.

Earlier this week, the Hungarian opposition said it would hold the country's first ever primary elections this year to pick joint candidates to contest the 2022 ballot, a move that could threaten Orban's more than decade-long grip on power.

Hardline nationalist Orban and his Fidesz party have scored three successive landslides since 2010 largely due to an election system that favours large parties as, until now, the opposition has been fragmented and unable to cooperate.

"Full of faith and hope, accepting the backing of the parties supporting me ... I can declare that I will run for prime minister candidate in the opposition primaries," Karacsony said in a video on Facebook.

"I have made this decision as I feel that my country is in grave danger," he said. "We feel less and less that Hungary is one and indivisible," the 45-year-old Karacsony said, adding that he would aim to reunite the country.

Karacsony, as the candidate of a small green liberal party, unseated the Fidesz incumbent in municipal elections in 2019. He has said that the opposition cooperation in those elections could serve as a blueprint to unseat Orban.

A survey by the pollster Median published earlier this week put support for Orban's ruling Fidesz party at 40% of all voters, while the joint opposition party list was backed by 36% of the electorate.