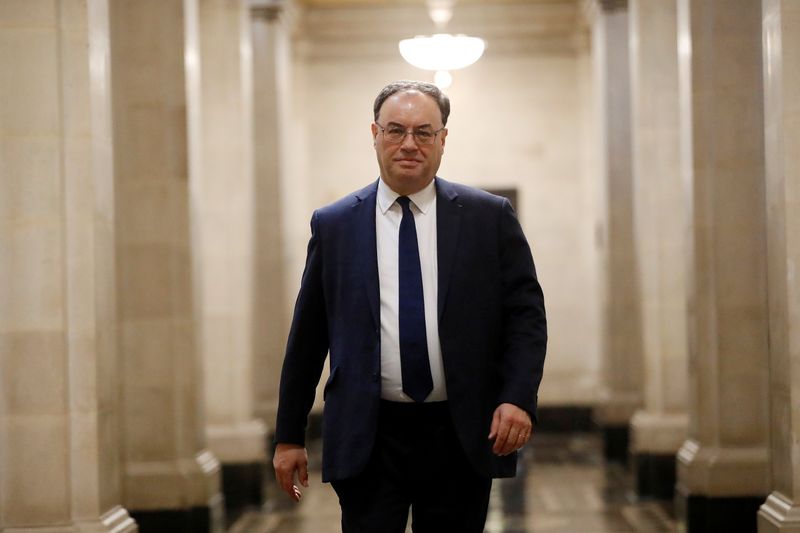 FILE PHOTO: Bank of England Governor Andrew Bailey poses for a photograph on the first day of his new role at the Central Bank in London, Britain March 16, 2020. Tolga Akmen/Pool via REUTERS/File Photo

LONDON (Reuters) - Bank of England Governor Andrew Bailey said on Thursday that Britain's economic performance compared with other countries during the COVID-19 pandemic was nowhere near as bad as official data has suggested.

Britain suffered the biggest real-terms drop in economic output of any Group of Seven rich nation between the first and third quarters of 2020, according to official figures, combined with one of the world's highest COVID-19 mortality rates.

"Actually I think the UK's performance is nowhere near as adverse ... as suggested by the headline numbers," Bailey told broadcasters after the BoE kept its stimulus programmes on hold before an expected economic recovery later this year.

On Monday, the Office for National Statistics said some of Britain's slump could be explained by the way the output of government services such as education and healthcare was measured and it was hard to make international comparisons. [L8N2K73DP]

Excluding government spending, Britain still experienced the most severe contraction in economic output between the first and third quarters of last year in the G7, although it lagged by much less on this measure, the ONS said.