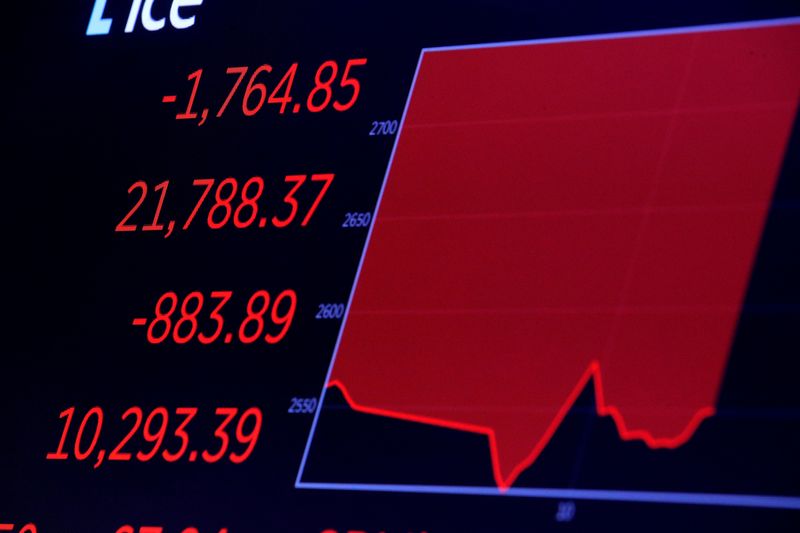 By John McCrank and Imani Moise

NEW YORK (Reuters) - Retail investors have been a growing force in 2020, exploding in numbers during lockdowns and helping fuel the rebound in stocks from pandemic-driven lows. Now, as election-related volatility spikes, this new cohort sees opportunities.

Day traders are tapping resources online and in virtual communities to position themselves for what could be a bumpy ride depending on how long it takes to resolve Election Day uncertainties.

In the past year, traditional online brokerages like Charles Schwab Corp (NYSE: SCHW) and Fidelity joined upstarts like Robinhood in getting rid of trading fees, while also allowing users to buy slices of individual shares, making it easier than ever before for anyone to own a piece of a company.

When stock prices plunged in March and governments and central banks flooded the economy with liquidity, millions of would-be investors saw an attractive entry point and downloaded trading apps on their mobile phones.

"It's just something I picked up as a hobby," said Sam Freeman, 23, a cancer researcher in Chicago, who said he started day trading in April after seeing a conversation on options trading on Twitter. He has been trading Microsoft Corp (NASDAQ: MSFT) options and said he made money off a rally around Tesla Inc's (NASDAQ: TSLA) stock split.

With the election at hand, he is leaning on a Slack Technologies Inc (NYSE: WORK) group comprised of a few thousand retail traders with various levels of experience, and social media, to position himself.

He said he is betting on a victory by Democrat Joe Biden over Republican Donald Trump, followed by a sharp market sell-off.

But with a record number of early ballots having already been cast, the results may come in later than in previous years, which "could increase volatility in the market especially in the event of a close outcome," Barclays said in a research note.

Despite the volatility that has been a hallmark of 2020, record numbers of individuals have been tapping the markets.

"The retail investor has the ability to be much more sophisticated than ever before," said Spencer Mindlin, an analyst at Aite Group.

Along with near-frictionless trading and a bevy of educational materials, the rise of retail is partly due to the tech-savvy, independent-minded millennials coming of age, he added.

Jaidan Craig, 23, of Provo, Utah, said he has been investing for a few years and regularly posts investing videos for his YouTube channel's https://www.youtube.com/channel/UCo2N-4FJicQw74I4LIuoKIA nearly 2,000 followers. He said he aims to emulate Ray Dalio, founder of Bridgewater, the world's biggest hedge fund, who espouses ideas like diversifying portfolios across different asset classes.

Craig invests some money every week, and lately, he said he has found stocks too pricey, so he has been holding more cash. If stock prices drop due to election uncertainty, he will treat it as a buying opportunity.

"The main thing is just investing more of my cash, deploy more of that into stocks as they drop," he said.

The surge of new retail investors benefits the market in many ways, such as promoting financial literacy and bringing more attention to a wider variety of companies than institutional investors tend to focus on, said James Angel, a finance professor at Georgetown University.

"Individual investors bring a lot to the table," he said.

To be sure, those investors are not always going to hit home runs, he added.

Retail investors can be bitten by sophisticated strategies in which losses can stack up if markets turn, such as trading on margin, using derivatives or betting on highly speculative stocks.

Early this summer, seasoned traders were scratching their heads as retail traders bid up bankrupt or soon-to-be-bankrupt stocks, like Hertz (NYSE: HTZ), Chesapeake, Whiting (NYSE: WLL) and JC Penney, which had a rollercoaster ride, drawing comparisons to casino gambling.

"But some college kid with $25 to spare can basically afford to lose that playing on a fractional share on some popular trading app," rather than spending the cash on avocado toast, Angel said.