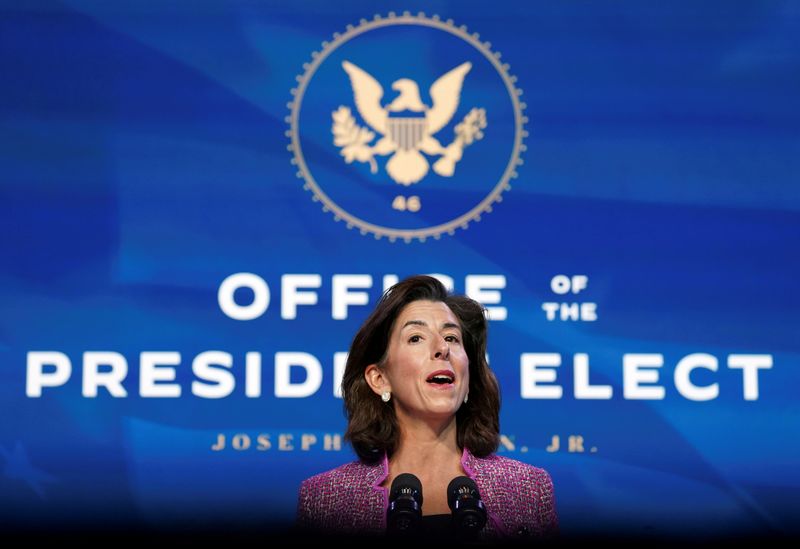 WASHINGTON (Reuters) - The U.S. Senate voted 84-15 on Tuesday to confirm Rhode Island Governor Gina Raimondo to head the U.S. Commerce Department, the agency that repeatedly sparred with China during the prior administration.

Raimondo, a Democrat tapped by President Joe Biden, will oversee the Commerce Department and its bureaus, which have about 46,000 employees.

In written responses to lawmakers, Raimondo said she had "no reason to believe" that the listed Chinese companies should not be.

"We should have no illusions about Chinaâs objectives, which I believe are to undercut Americaâs longstanding technological advantage and to displace America as the global leader in cutting-edge research and development and the industries of the future," she said.