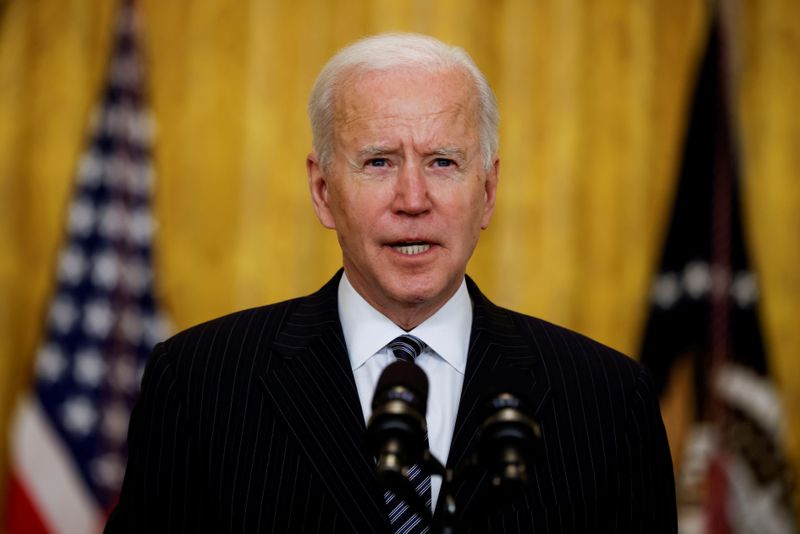 WASHINGTON (Reuters) - The Biden administration plans to release its discretionary funding request for 2022 next week, with a full budget proposal set to be announced later this spring, a budget official said on Tuesday.

The official, who declined to be named, said the phased roll-out was designed to prioritize the discretionary funding because Congress needed the information Congress to start its appropriations process.

The full budget will include mandatory spending and tax reform proposals, in addition to discretionary spending, the official added.

News of the budget release, previously reported by Bloomberg, came after the White House attributed delays to "intransigence" on the part of the former Trump administration.

"There were some challenges that came about during the transition, in terms of a bit of intransigence from the outgoing administration and lack of cooperation," White House press secretary Jen Psaki said last month.

Like past presidential budget proposals, Bidenâs plan is unlikely to become law as is, but it signals his spending priorities before Congress, where Democrats enjoy slim majorities, makes its own funding decisions.