Looking at accidents from an injury and criminal lawyers' perspective

SACRAMENTO, Calif., March 25, 2021 /PRNewswire/ --Â On March 18, 2018, the first known automobile accident death by a self-driving car occurred in Tempe, Arizona where a Volvo XC90 SUV struck Elaine Herzberg while crossing the street with her bicycle. https://en.wikipedia.org/wiki/Death_of_Elaine_Herzberg.Â As the managing partner of Penney and Associates, Injury lawyers I have thought about the ramifications of this accident for years.Â How will criminal and civil liability be assessed for self-driving vehicles.Â  https://www.penneylawyers.com/. Before anyone starts to think that the self-driving car was the cause of this tragic accident, it is important to note that unfortunately all parties involved in this accident settled their cases out of court with a confidentiality agreement.Â However, the National Transportation Safety Board (NTSB) investigated the accident and reviewed all the Uber Volvo XC90 sports utility vehicles video cameras and data recorders.Â A few general facts were surmised.Â The individual in the test vehicle was looking down at the time of the impact.Â The vehicle was driving 43 mph when Herzberg was first detected by the Uber self-driving vehicle.Â The vehicle was 6 seconds away from impact and did not infer that emergency braking was needed.Â This is where the legal liability argument begins, but this article is not going to focus on this accident but about accidents involving self-driving vehicles in the future.Â The question at hand is when an individual loses their life in an accident involving a self-driving vehicle, who is going to be criminally and civilly liable? 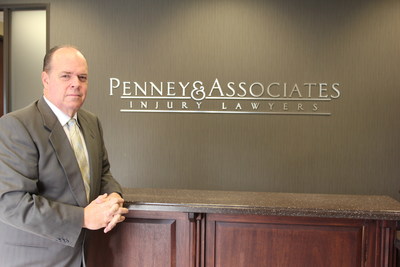 Hypothetically, let us say that a person is killed by an automated driving vehicle.Â Without a determination of fault, does the investigating police agency look at both civil and criminal charges if someone was killed during the accident? If so, who will be held criminally liable if it is found that the person killed was not the cause of the accident? Is it the car manufacture, the vehicle, or person sitting in the vehicle that is allowing the vehicle to perform all the driving functions of a human going to be held civilly and criminally liable?

First it is important to note that people are still leery about self-driving vehicles being on the road. In a March 14, 2019 article, the American Automobile Association (AAA) reported on its most recent survey concerning self-driving vehicles.Â The insurance giant found that 71 percent of people were afraid of being in a fully self-automated vehicle.Â The AAA survey also found that 53 percent of people were comfortable with low-speed short run vehicles being automated such as railways or people movers at theme parks and airports.Â https://newsroom.aaa.com/2019/03/americans-fear-self-driving-cars-survey/ .Â Fast forward approximately one year and a new AAA report of its latest survey on February 25, 2021, showed that people are becoming more distrustful of self-driving vehicles. This survey showed that only 14 percent of drivers polled would trust riding in a self-driving vehicle.Â https://newsroom.aaa.com/2021/02/aaa-todays-vehicle-technology-must-walk-so-self-driving-cars-can-run/ .

Though people seem a leery about self-driving vehicles, the Tesla models that are fully integrated to be programed and set up for future expansion into full automation are selling at a record pace. For 2020 Tesla sold 499,550 cars worldwide, up from 367,500 sold in 2019. Â https://ir.tesla.com/press-release/tesla-q4-2020-vehicle-production-deliveries. As of March 2021 Tesla, notes on their website that their computer, sensor and camera technology continue to increase to the point that at any time a fully automated vehicle will soon hit the road.Â They note that the Tesla now has autopilot, navigation on autopilot, autosteer, smart summon and full self-driving capabilities. In fact, from one's phone someone can summons their Tesla back to them from the parking space in the parking garage. https://www.tesla.com/autopilot .

With the advancement in technology and the accidents that have been occurring with the few fully automated vehicles on the road, how will that affect the civil and criminal justice system when it comes to an accident caused in some way or fashion by an automated vehicle? I asked one who understands the current criminal system.Â Attorney Todd Kuhnen is co-host of the nationally syndicated show Radio Law TalkÂ  https://radiolawtalk.com/radio-law-talk-voices/ and a former prosecutor in two states.Â Mr. Kuhnen now has his own criminal law practice in California.Â  http://www.atklegal.com/.

Todd Kuhnen: It depends upon what level of automation the car is at.Â Right now, there are about five different levels of automation. From level one that makes sure a car stays in the lane to level five where the car is fully automated.Â Level three is where the vehicle handles most of the driving but requires a human back up.Â For the first three levels whoever is in the "driver seat" can still face criminal liabilities.Â For example, in 2018 a self-driving level three Uber vehicle struck an individual that caused her death.Â In this case the Tempe Police department mentionedÂ that the fault may not be Uber or the Uber operator.Â

Frederick Penney:Â Todd, the government apparently did not see enough evidence to pursue a criminal conviction against the operator of the Uber vehicle that was sitting in the vehicle, why is that important?

Todd Kuhnen:Â No, but the fact is that prosecutors at least investigated the possibility. Prosecutors will look at any death case from a self-driving vehicle crash.

Frederick Penney:Â Â In what instances may the operator of a self-driving vehicle be held criminally liable for an accident outside of level three?

Todd Kuhnen:Â At this time, it is unknown, but if the investigation of the crash shows that an attentive operator could have avoided that accident then they may be able to possibly attach liability to the operator.Â It really comes down to a sliding scale, the less control the operator has over the vehicle the less likely they will be prosecuted for any criminal wrongdoing if someone is killed in an accident.

Frederick Penney:Â How do you think the police will handle DUI accidents or DUI's in fully or partially automated vehicles?

Todd Kuhnen:Â The jury is out on that one, but my first thought is that this is an issue that will have to be handled in the legislature as current law in most states do not have any laws on the books concerning Dui and self-driving cars.Â However, if an individual is intoxicated and operating a fully automated vehicle and that person can take control of the vehicle they might be prosecuted for a DUI.Â However, everyone must remember that this is forging through the jungle and there are no laws addressing this specific issue to my knowledge.Â I think some laws will be passed soon to address this issue.

Frederick Penney:Â Do you think the automated vehicles will eventually diminish the amount of Dui's on the road?

Todd Kuhnen:Â Well, when you get in a fully automated car it is my understanding the operator still must perform some tasks such as imputing the coordinates or directions for the vehicle to safely get to its destination.Â However, it probably will reduce the DUI accidents once the technology is improved and perfected to the point that the vehicle needs little or no human intervention.Â Again, it is all speculation at this point.

Frederick Penney:Â Currently can a company or manufacturer be held criminally liable?

Todd Kuhnen:Â Yes, there are instances where companies have been held criminally liable and fined for dangerous conditions if it is proven that the company or its management knew of probable dangers to the community.Â This recently happened to a California Gas company that had an explosion in one of their pipelines.Â So, it is a possibility when it comes to automated vehicles, but it would be very difficult to hold a car company to a criminal liability standard without proof of knowledge and intent.Â This is all unchartered waters at this point and one can only speculate what the future will hold concerning DUI's and prosecutions of individuals inside the vehicle.Â

Frederick Penney:Â What do you see about the future of criminal laws regarding self-automated vehicles?Â

Todd Kuhnen:Â As is often the case the protection of the laws usually come after the novelty of new technology has worn off and after a tragedy has already occurred.Â  Are self-automated cars the future?Â I would say yes, but how the criminal and civil laws will affect the manufacture, the persons or persons in the vehicle is yet to be determined.