"PenFed Saves You Money" advertising campaign featured in one of the most heavily-trafficked areas within Washington, D.C.'s international airport

TYSONS, Va., Feb. 9, 2021 /PRNewswire/ --Â PenFed Credit Union, the nation's second largest federal credit union, today announced the launch of its massive advertising campaign in the Washington Dulles International Airport. The "PenFed Saves You Money" advertising campaign is located in one of the most heavily trafficked areas within the airport: the tunnel connecting departing and arriving United Airlines Hub passengers between Concourse C and the AeroTrain station heading to transfer flights and Main Terminal. 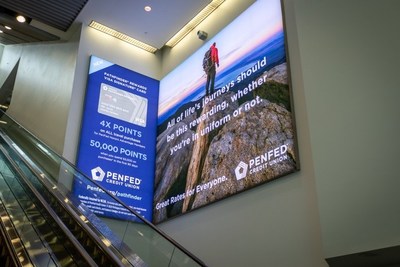 "PenFed is in a perfect position to ramp up our presence here in our hometown Washington region while also reaching travelers from across the nation," said PenFed Credit Union President/CEO and PenFed Foundation CEO James Schenck. "PenFed is proud to serve a mobile membership. We continue to move forward together and gain momentum. We're already off to a great start welcoming new members in 2021 after closing out a record year in 2020."

Despite the pandemic, PenFed drove unprecedented growthÂ in members, mortgages, consumer loans and more during 2020.

The advertisements featured in the tunnel located between United Airlines Hub Concourse C and the AeroTrain Station include two massive wall wraps parallel to the moving walkway and six adjacent tension fabric wall displays with light and sound features.

The "PenFed Saves You Money" integrated marketing campaign was initially launched in November of 2020 with multimedia messages continuing to run in markets across the U.S. highlighting how members of the military and civilians both save money through PenFed's great rates.

"For 85 years we have been serving the military with some of the nation's best rates, and now PenFed membership is open to everyone and provides even more people with the opportunity to save money," said PenFed Senior Vice President and Chief Marketing Officer Gaurav Bhatia. "Through this campaign and advertising within the Dulles International Airport tunnel, we want to make that takeaway perfectly clear that our rates are now for both military and non-military."

PenFed membership is required in order to receive any products.

About PenFed Credit UnionEstablished in 1935, Pentagon Federal Credit Union (PenFed) is America's second-largest federal credit union, serving 2.2 million members worldwide withÂ $27 billionÂ in assets. PenFed Credit Union offers market-leading certificates, checking, credit cards, personal loans, mortgages, auto loans, student loans, and a wide range of other financial services. Our mission is to empower members of our community to achieve their financial well-being. PenFed Credit Union is federally insured by the NCUA and is an Equal Housing Lender.Â To learn more about PenFed Credit Union, visitÂ PenFed.org, like us onÂ FacebookÂ and follow us @PenFed onÂ Twitter. Interested in working for PenFed? Check us out onÂ LinkedIn. We are proud to be an Equal Employment Opportunity Employer. 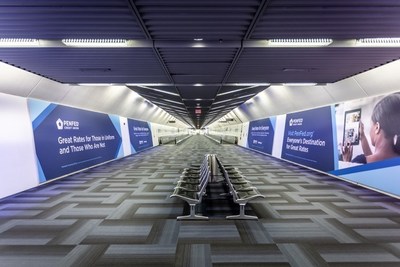 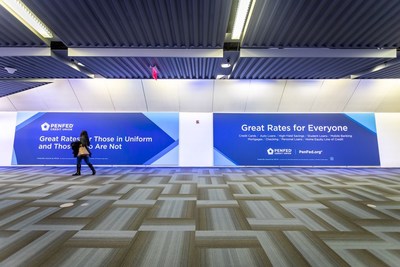