Edward Ludwig joins GRIP Molecular Technologies, Inc. as Chairman of the Board

ST. PAUL, Minn., March 9, 2021 /PRNewswire/ -- GRIP MolecularÂ is pleased to announce the formation of a Board of Directors with Edward Ludwig accepting the role of Chairman of the Board. GRIP Molecular is a Minnesota based biotech company founded with the mission of providing lab grade medical diagnostic results at the point-of-need. GRIP is developing a proprietary and patented electronic biosensor that can quickly, accurately, and simultaneously detect a wide array of disease and health condition biomarkers in a single test, in minutes, using a standard cell phone to display the results. 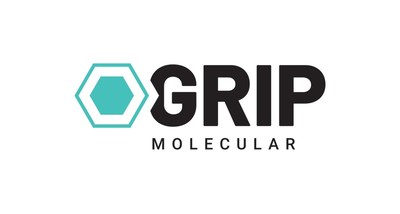 Edward Ludwig joins GRIP Molecular as Chairman of the Board

Mr. Ludwig retired in 2012 as Chief Executive Officer and Chairman of the Board of Becton, Dickinson and Company (BDX), a global medical technology company, where he held a number of other positions since joining in 1979. Â "I am excited to be a part of the movement of lab quality medical diagnostics into the home, eldercare facility, retail pharmacy and other points of need. GRIP Molecular's compelling proprietary technology and experienced scientific and leadership team are well positioned to lead this transformation."

Prior to BDX Mr. Ludwig held various roles at Coopers and Lybrand where he earned his CPA certificate. Mr. Ludwig is a Founding Board Member of the Center for Higher Ambition Leadership and currently serves on the Boards of CVS Health Corporation and Boston Scientific. He is a former Chairman of the Board of Directors of AdvaMed, the world's largest medical technology association, and a past Chair of the Health Advisory Board for the Johns Hopkins Bloomberg School of Public Health. He formerly served as a Director of Xylem, Inc., and as Vice Chair of the Board of Trustees of the Hackensack University Medical Center Network. He received his M.B.A. from Columbia University and received his B.A. in Economics and Accounting from the College of the Holy Cross.

Joining Mr. Ludwig on the Board of Directors will be Bruce Batten, PhD, the company founder, President and Chief Science Officer, and Mr. Edward Gillen, Chief Executive Officer. Â