Pringles' new ingenious flavor answers: 'What would a Moa Burger taste like?'

BATTLE CREEK, Mich., March 5, 2021 /PRNewswire/ --Â PringlesÂ® has plucked a new flavor from the far reaches of the gaming world, answering a question pondered by many Halo fans: what would a "Moa Burger" taste like?Â 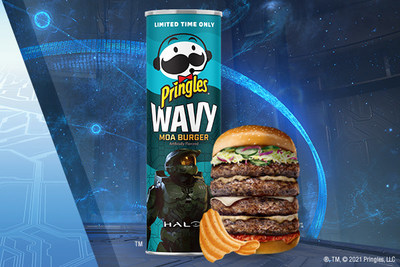 For those not fluent in the video game Halo's lore, Moa are large, flightless bird-like creatures with two legs, wings, scales from the neck up, and a lizard-like head â similar to the extinct bird from New Zealand of the same name. The bird is native to the Halo planet called Reach and is the signature dish of a restaurant chain in that universe, so the gaming community is continually curious about what Moa might taste like in burger form.Â

Through Pringles' exclusive partnership with Halo, the new Moa Burger flavor brings the food from the Halo universe to life with an interstellar twist on the much-enjoyed, sometimes-ridden, and often misunderstood Moa bird. The Pringles Wavy Moa Burger crisps, boasting a thick wavy texture to deliver a bold crunch, feature a blend of flavors including garlic, sweet ginger, and savory beef. Each bite finishes with a crave-able slight heat from chili pepper and red pepper that will take tastebuds on a journey to new star systems.Â Â

"The Halo-verse has one of the greatest fan bases within the gaming world, so we had to create a flavor that would deliver on a taste fans could previously only imagine â the famous 'Moa Burger,'" said Gareth Maguire, senior director of marketing for Pringles. "We pride ourselves in creating insanely accurate flavor combinations, and this was a fun one to develop. While Moa Burger has a flavor that appeals to everyone, we expect this to be enjoyed â and maybe even collected â by Halo fans."Â Â Â Â Â

The limited-edition Pringles Wavy Moa Burger crisps will be available at Walmart and on Walmart.com beginningÂ in March. For more information about the brand and flavor offerings follow @Pringles on Instagram, Twitter and check out Facebook.com/Pringles.

At Kellogg Company (NYSE: K), we strive to enrich and delight the world through foods and brands that matter. Our beloved brands include PringlesÂ®, Cheez-ItÂ®, Special KÂ®, Kellogg's Frosted FlakesÂ®, Pop-TartsÂ®, Kellogg's Corn FlakesÂ®, Rice KrispiesÂ®, EggoÂ®, Mini-WheatsÂ®, KashiÂ®, RXBARÂ®, MorningStar FarmsÂ® and more. Net sales in 2018 were approximately $13.5 billion, comprised principally of snacks and convenience foods like cereal and frozen foods. Kellogg brands are beloved in markets around the world. We are also a company with Heart & Soul, committed to creating Better Days for 3 billion people by the end of 2030 through our Kellogg'sÂ® Better DaysÂ global purpose platform. Visit www.KelloggCompany.com or www.OpenforBreakfast.com.

Exclusively published by Xbox Game Studios and developed by 343 Industries, the Halo franchise is an award-winning collection of properties that has transcended video games and grown into a global entertainment phenomenon. Beginning with the original "Halo: Combat Evolved" (2001), the critically acclaimed and record-shattering series of games propelled the Halo franchise into a multibillion dollar transmedia juggernaut consisting of multiple novels featured on the New York Times Best Sellers list, several live-action and animated digital series, comic books, action figures, and apparel that has built a fanbase of millions worldwide.Â

343 Industries is the developer of the blockbuster Halo series of video games and, as part of Xbox Game Studios, oversees the Halo franchise including games, original programming, novels, comics, licensed collectibles, apparel and more. The studio is currently developing "Halo Infinite" and "Halo: The Master Chief Collection," while continuing to transform entertainment experiences across the Halo universe with groundbreaking projects, such as the upcoming television series in partnership with SHOWTIME and Amblin Entertainment. 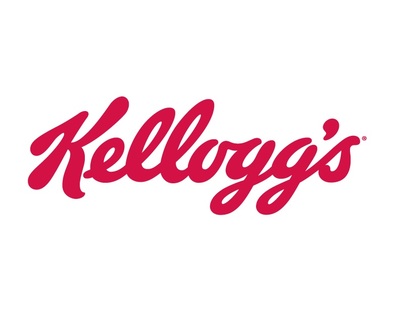