WINTER PARK, Fla., Feb. 23, 2021 /PRNewswire/ -- Today, Full Sail University, an award-winning educational leader for those pursuing careers in entertainment, media, arts and technology, is proud to announce that 125+ graduates have been credited on 45+ Golden GlobeÂ®-nominated projects at the 78th Golden GlobeÂ® Awards. This year's virtual ceremony is scheduled to broadcast live on Sunday, February 28, and will air on NBC. The 78th Golden GlobeÂ® Awards will be hosted by Tina Fey and Amy Poehler from opposite coasts. 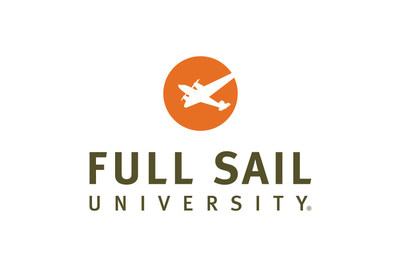 "Our alumni are doing phenomenal things in the world of entertainment. Each year, I am humbled to watch as their talents are showcased across numerous projects recognized by the Golden GlobeÂ® Awards, and for their various contributions to television and film â this year is no different. I look forward to tuning in on February 28 to cheer on and celebrate the incredible work of our graduates," said Jay Noble, VP of Alumni.

Full Sail graduates have contributed to many popular projects at this year's Golden GlobeÂ® Awards including: Lovecraft Country, Ozark, The Mandalorian, Ted Lasso, One Night in Miami, The Crown, Soul, Onward, Tenet, and The Queen's Gambit to name a few.

"At Full Sail we take pride in how we teach our students. Through our hands-on approach to learning, students mirror the collaborative nature and workflow needed for the film and television industry. It is an honor to see our alumni applying what they have learned at Full Sail to their careers," stated Rick Ramsey, Education Director of Visual Arts.

About Full Sail University:â¯â¯Â Full Sail Universityâ¯is an award-winning educational leader for those pursuing careers in entertainment, media, arts and technology. Founded in 1979, Full Sail has received numerous accolades throughout its 40+ year history, including most recently a 2020 "Top Graduate & Undergraduate Schools to Study Game Design" byâ¯The Princeton Review, a 2020 "Top 50 Film Schools" byâ¯The Wrapâ¯Magazine, and a 2019 "School/College of the Year" by the Florida Association of Postsecondary Schools and Colleges.â¯Â â¯Â