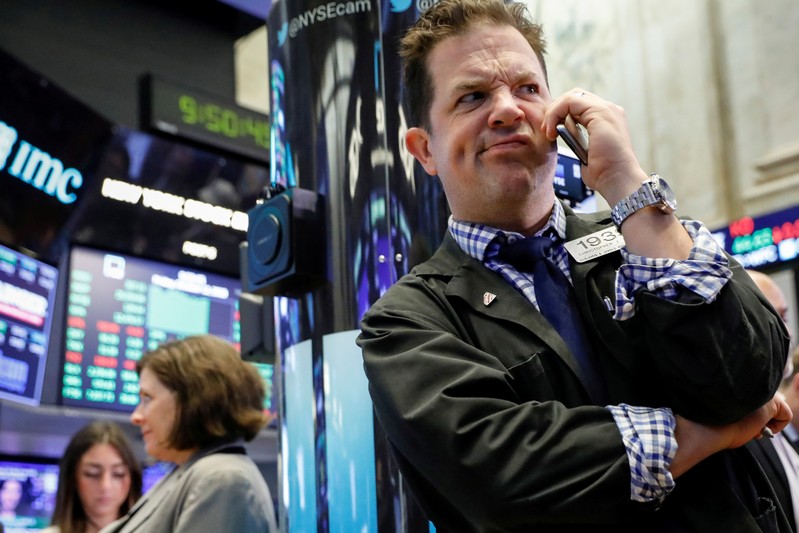 NEW YORK (Reuters) - Less than a month before the U.S. congressional elections, data suggests equity options traders do not view the election as a big catalyst for setting the direction of U.S. stock market in the immediate aftermath of the vote results.

Political control of the U.S. Congress will be up for grabs on November 6 and should Democrats take the U.S. House of Representatives away from Republicans it could hinder President Donald Trump's political agenda.

"We are not seeing market participants hedge for midterms or discuss it explicitly," said Peter Cecchini, chief market strategist at Cantor Fitzgerald in New York, adding that election uncertainty is discussed, even if it isn't translated into trades.

If Democrats win the House or Senate next month, nearly every aspect of Donald Trump's presidency could face swift examination – from his long-elusive tax returns to possible business ties with Russia and conflicts of interest, congressional sources say.

Such potential change has increased talk of policy adjustments or whether Democrats would try to remove Trump from office.

"If investors actually believed that, there should be a meaningful volatility premium," said Andrew Scott, head of flow strategy & solutions at Societe Generale in New York.

The shape of the volatility term structure, calculated from prices of options with different expirations, and reflects the market's expectation of future stock gyrations, suggests investors are not overly concerned, Scott added.

Despite the stock market's sharp swings in recent days, as investors fretted over rising interest rates and braced for increased trade-related tensions, U.S. equity price gyrations are more muted than they were ahead of midterms over the last three decades.

One-month volatility for the S&P 500, a measure of the magnitude of daily price swings for the stocks in the benchmark index, is at about 17. For the last eight midterm elections this measure has averaged 20, according to Refinitiv data. Except for the pop in market volatility in the last week, the measure was actually the lowest it has been in the last three decades at this point in the election cycle.

(For graphic on U.S. midterms and historical volatility for U.S. stocks, click https://tmsnrt.rs/2J40cKT)

Even if there is a knee-jerk reaction to the election outcome, analysts expect U.S. stocks to continue trending higher. The S&P 500 has been up 14.5 percent on average a year after all midterm elections going back to 1946, according to an analysis by LPL Research.

"But it is unlikely to derail the rally in stocks in the near-term," he said.

The recent pullback in stocks, which has spurred a healthy pick-up in hedging demand, has also left investors better positioned to weather any fleeting knock to stocks should one materialize, analysts said.

Even though it might not necessarily have been about election nerves, investors have sold riskier assets in recent days.

The sell-off boosted the one-month skew on the S&P 500 Index <.SPX> options, a measure of investor sentiment toward downside risk, to about the second-highest it's been all year since the February market rout, said Garrett DeSimone, head of quantitative research at OptionMetrics.