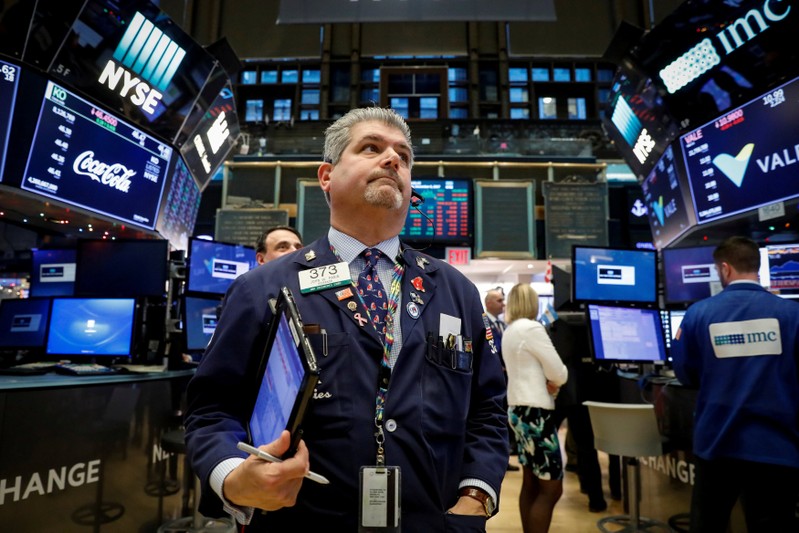 The top-performing sector this year, the S&P 500 information technology index <.SPLRCT> had fallen nearly 3 percent since Nov. 28, with some investors cautious about high earnings multiples.

General Electric (NYSE: GE) increased about 0.3 percent after the industrial conglomerate said it was cutting 12,000 jobs at its global power business.

Strong earnings and expectations of corporate tax cuts promised by President Donald Trump have pushed stocks up to record levels this year.

The Senate Republicans on Wednesday agreed to talks with the House of Representatives on the tax bill amid early signs that lawmakers could agree on a final bill ahead of a self-imposed Dec. 22 deadline.

Thursday's stock gains suggested investors were not overly worried about a deadline on Friday night faced by Trump and Congress to pass fresh spending legislation. If they cannot agree on the terms, parts of the federal government could shut down.

"Market participants are looking past the government shutdown," said Chad Morganlander, portfolio manager at Washington Crossing Advisors in Florham Park, New Jersey. "It's a risk-on mood through the last trading session. That will continue into the weekend."

Nine of the 11 major S&P 500 sectors were higher, with industrial <.SPLRCI> and materials indexes <.SPLRCM> leading the gainers.

The number of Americans filing for unemployment benefits unexpectedly fell last week, suggesting a rapid tightening of the labor market.

The report comes ahead of more comprehensive government payrolls data on Friday that would be used by investors to gauge the strength of the labor market at a time when the Federal Reserve is almost certain to raise U.S. interest rates next week.

Advancing issues outnumbered declining ones on the NYSE by a 1.70-to-1 ratio; on Nasdaq, a 1.75-to-1 ratio favored advancers.

About 6.4 billion shares changed hands on U.S. exchanges, below the 6.6 billion daily average for the past 20 trading days, according to Thomson Reuters data.

(Additional reporting by April Joyner in New York and by Sruthi Shankar and Rama Venkat Raman in Bengaluru; Editing by Nick Zieminski and James Dalgleish)