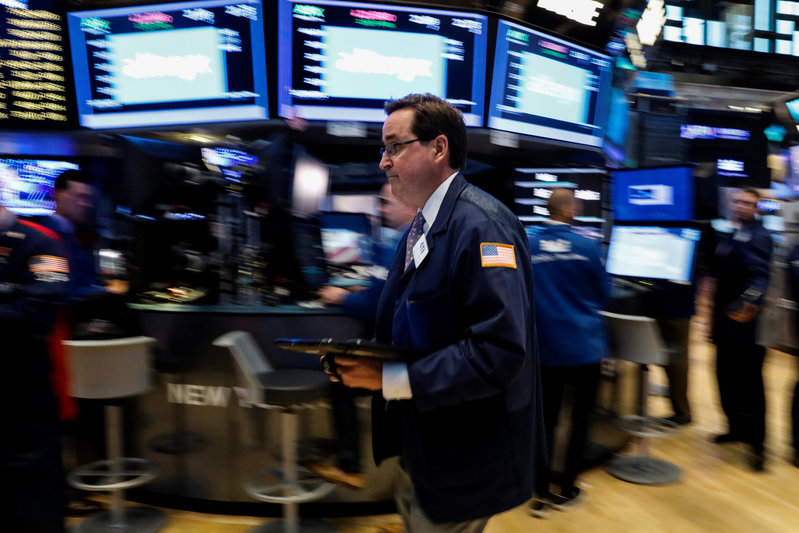 The financial index <.SPSY> was the best performer among the 11 major S&P sectors, ending up 0.61 percent.

"People are a trying to buy in ahead of tomorrow," said Brad McMillan, chief investment officer for Commonwealth Financial in Waltham, Massachusetts.

Analysts estimate second-quarter earnings for S&P 500 companies rose 7.8 percent from a year ago, with financials projected to have had the third-best profit growth among sectors, according to Thomson Reuters I/B/E/S.

Over the last seven trading days, investors have more than doubled the amount of cash invested in a key financial sector fund, betting that second-quarter bank earnings will be strong.

Federal Reserve Chair Janet Yellen told a Senate panel on Thursday that it would be "quite challenging" for U.S. growth to reach a 3-percent target set by President Donald Trump.

"Even if this bill is passed, there will be multiple iterations of healthcare legislation to come," said Jamie Cox, managing partner at Harris Financial Group in Richmond, Virginia.

"This is not a watershed moment like the Affordable Care Act, where it altered the healthcare industry," he said.

Hospital and insurer groups have been vocal against proposed Medicaid cuts which could result in lower revenues for hospitals like Community Health Systems Inc (NYSE: CYH) and Medicaid insurance specialists like Molina Healthcare (NYSE: MOH) and Centene Corp (NYSE: CNC).

Investors are eager to move past the healthcare bill and onto comprehensive tax reform, though Congress's ability to address it soon are in doubt, Cox said.

About 5.8 billion shares changed hands on U.S. exchanges, below the 6.8 billion daily average for the past 20 trading days, according to Thomson Reuters data.

Advancing issues outnumbered declining ones on the NYSE by a 1.11-to-1 ratio; on Nasdaq, a 1.01-to-1 ratio favored advancers.

(Additional reporting by Caroline Valetkevitch in New York and by Ankur Banerjee and Tanya Agrawal in Bengaluru; Editing by Arun Koyyur and Nick Zieminski)