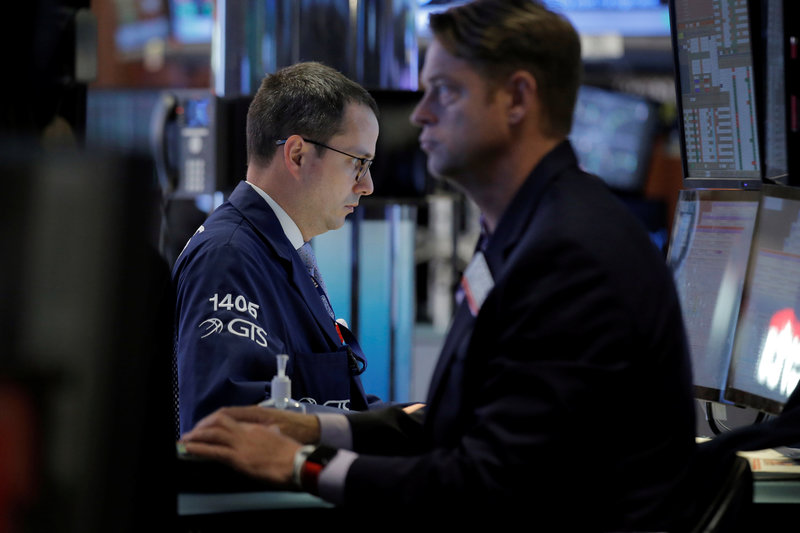 Traders work on the floor of the New York Stock Exchange (NYSE) in New York City, U.S., May 25, 2016. REUTERS/Brendan McDermid

Investors this week have grown more comfortable with expectations the Federal Reserve could raise interest rates as soon as June, with many taking the view that such a hike would reflect improvement in the country's economy.

After gaining 2 percent over the previous two sessions, the S&P 500 traded flat, with a 1.1 percent dip in the materials index <.SPLRCM> partly offset by a 1.06 percent rise in utilities <.SPLRCU>.

"People are taking their foot off the gas after making a bunch of money, and now they're waiting for the next data point," said Phil Blancato, chief executive of Ladenburg Thalmann Asset Management in New York.

In line with other policymakers who have spoken in recent days, Fed Governor Jerome Powell said a rate hike may come "fairly soon" if data confirms the U.S. economy is continuing to grow and labor markets are still tightening.

Data showed that while orders for U.S. durable goods surged in April, business spending plans continued to show signs of weakness, suggesting the manufacturing rout was far from over.

Muted volume suggested that some investors had already checked out ahead of an upcoming long weekend, with U.S. stock markets closed on Monday for the Memorial Day holiday.

Just 5.8 billion shares changed hands on U.S. exchanges, well below the 7.2 billion daily average for the past 20 trading days, according to Thomson Reuters data.