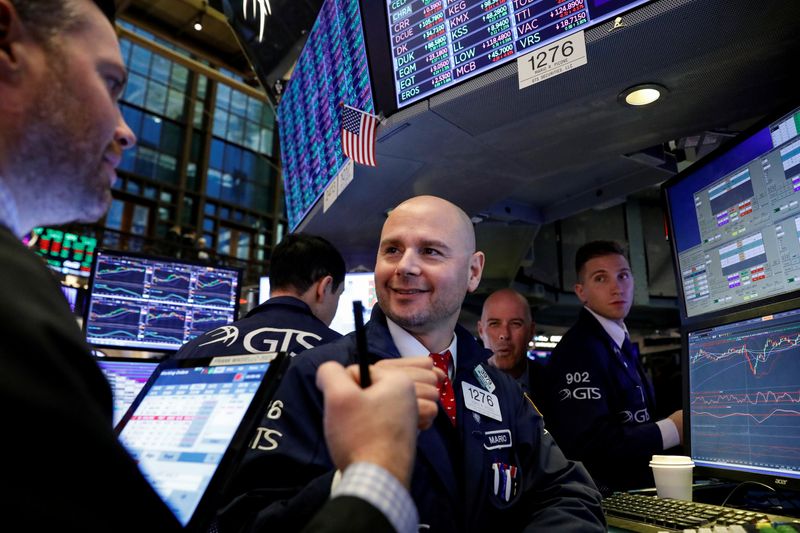 But as a tumultuous week of contradictory trade news and mixed economic data drew to a close, only the S&P 500 posted a weekly gain. The Dow and the Nasdaq ended the session down from last Friday's close.

The U.S. economy added 266,000 jobs in November, the largest increase in 10 months, according to the Labor Department, blowing past analyst estimates. The unemployment rate edged down to 3.5%.

"This type of report shows underlying economic strength, and it gives corporate management confidence in the strength of the economy," said Tim Ghriskey, chief investment strategist at Inverness Counsel in New York. "Primarily because of (trade negotiations), there's been a lot of uncertainty with management."

Regarding trade, White House economic adviser Larry Kudlow said that while the Dec. 15 remains the date when the next round of tariffs on Chinese goods will take effect, "the reality is constructive talks, almost daily talks; we are, in fact, close."

"You have two very tough negotiators and a lot of tough issues to be agreed on," Ghriskey added. "But, based on what we're hearing from serious sources, it certainly appears we will be seeing some kind of trade deal."

U.S. Treasury yields rose after the strong employment report, and bank stocks <.SPXBK> had their best day in over a month, rising 1.6%.

Of the 11 major sectors of the S&P 500, all but utilities <.SPLRCU> closed in positive territory, with energy <.SPNY>, financials <.SPSY> and trade-sensitive industrials <.SPLRCI> enjoying the largest percentage gains.

Energy stocks were buoyed by a 1.1% rise in crude prices

Industrials had their best day in over a month, rising 1.3%.

3M Co (NYSE: MMM) advanced 4.3% after Bloomberg reported the company was exploring a sale of its drug delivery systems business, which could fetch about $1 billion.

Advancing issues outnumbered declining ones on the NYSE by a 2.93-to-1 ratio; on Nasdaq, a 2.27-to-1 ratio favored advancers.

Volume on U.S. exchanges was 6.64 billion shares, compared with the 6.65 billion-share average over the last 20 trading days.