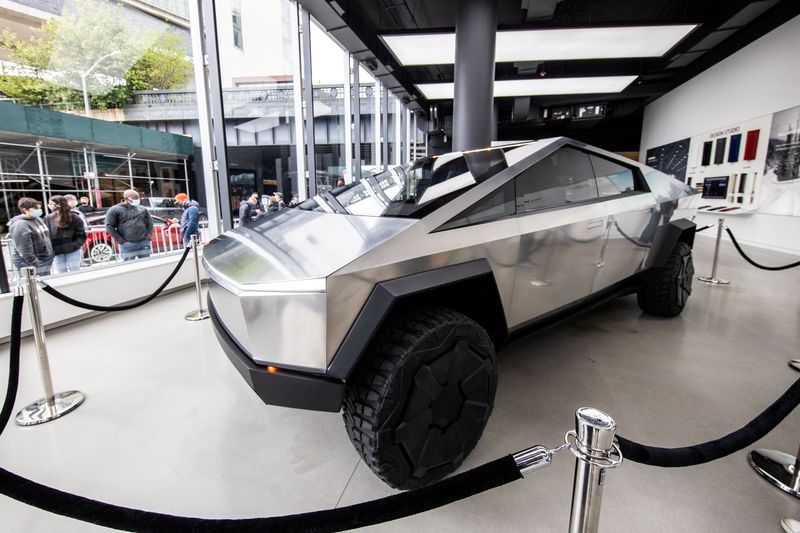 (Reuters) -Tesla Inc Chief Elon Musk on Monday pointed to the challenges stemming from supply chain problems on Cybertruck's production, even though the company has so far avoided a major hit from the crisis that has plagued the global auto industry.

"Oh man, this year has been such a supply chain nightmare & it's not over!" Musk said in a tweet https://twitter.com/elonmusk/status/1465423422238994436 on Monday, in response to a Twitter users' request on a Cybertruck update.

"I will provide an updated product roadmap on next earnings call," he added.

Musk said during Tesla's earnings call in July that he would not necessarily be present at such future events, unless he had something really important to say, indicating that he may have an update on Cybertruck and the company's other products.

Tesla unveiled the futuristic electric pick-up truck in 2019 that is made of stainless steel used in rockets. Musk has touted receiving several hundred thousand orders for the Cybertruck when preorders were opened.

At a shareholder meeting in October, Musk said Cybertruck production will begin next year and reach volume production in 2023.

(Reporting by Eva Mathews in Bengaluru; Editing by Anil D'Silva)