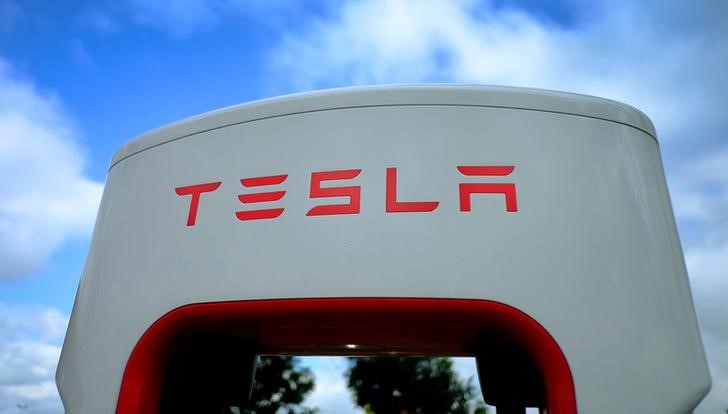 By Alexandria Sage and Nichola Groom

SAN FRANCISCO/LOS ANGELES (Reuters) - Tesla Motors Inc (NASDAQ: TSLA) said on Tuesday its $2.6 billion merger with SolarCity Corp (NASDAQ: SCTY) would add over $500 million in cash to the electric carmaker's balance sheet over the next three years, while contributing over $1 billion to revenue in 2017.

Tesla, whose shares had fallen 10 percent since the deal was made public in June, used an eight-page document posted on its blog and investor relations website after the market closed to convince skeptical shareholders in advance of a Nov. 17 vote on the deal.

Tesla Chief Executive Elon Musk, who is chairman of SolarCity and the largest shareholder in both companies, has described their combination as a "no brainer."

The document pitched the deal as part of Tesla's mission to combat the "catastrophic impact" of greenhouse gases on the environment by accelerating the world's transition to clean energy.

"The acquisition will enable us to transform into a truly integrated sustainable energy company," it said, referring to the promise of a unique provider of carbon-free energy, transportation and power storage.

Naysayers of the deal - whom Musk called out during a conference call with analysts, saying they had never accurately predicted Tesla's success - have said the merger is short on synergies and amounts to a Tesla bailout of money-losing SolarCity.

Tesla highlighted in the document what it said was expected improvement in SolarCity's GAAP revenue and profitability due to less reliance on leasing and more on purchases. Tesla said that nearly one-third of residential bookings in September were purchases, a four-fold improvement over the first quarter.

SolarCity has $6.34 billion in liabilities, including debt. It is the biggest player in the U.S. residential solar market and has expanded dramatically in the last five years, but it has relied heavily on borrowing money to finance its no-money-down residential solar installations.

Tesla reiterated that the combined Tesla-SolarCity could generate at least $150 million in cost savings in the first full year, helped by combined sales forces, and consolidating manufacturing and key technologies.

Pointing to more synergies, Musk told analysts SolarCity had 300,000 installed customers, while Tesla had about 180,000 car owners, creating an ability to cross-sell services such as a solar panel roof unveiled last week.

"It's a massive upsell opportunity," said SolarCity co-founder and Chief Technology Officer Peter Rive of the company's existing customers. "It's a very simple retrofit procedure to go back to the customers and upsell them."

Tesla said SolarCity increased its cash balance in the third quarter from the second, although it did not disclose the sum. SolarCity will announce third-quarter results on Nov. 9, SolarCity Chief Executive Lyndon Rive said, indicating that further details about SolarCity performance could not be disclosed until then.

Tesla's offer, which represents about half of SolarCity's value a year ago, values SolarCity at $25.37 a share.

Tesla itself burned through $759 million in cash in the first three quarters of 2016, and plans to increase spending this quarter in order to fund the launch of its mass-market Model 3 sedan, along with a massive battery factory in Nevada and other plans.

The company posted its first quarterly net profit in more than three years last week, announced a leaner capital spending plan for 2016, and said it could turn a profit again in the fourth quarter.

Musk - who owns 19 percent of Tesla and 22 percent of SolarCity - said last week Tesla will not need to raise additional funds in 2016 and said it was possible SolarCity could be a cash contributor in the fourth quarter.