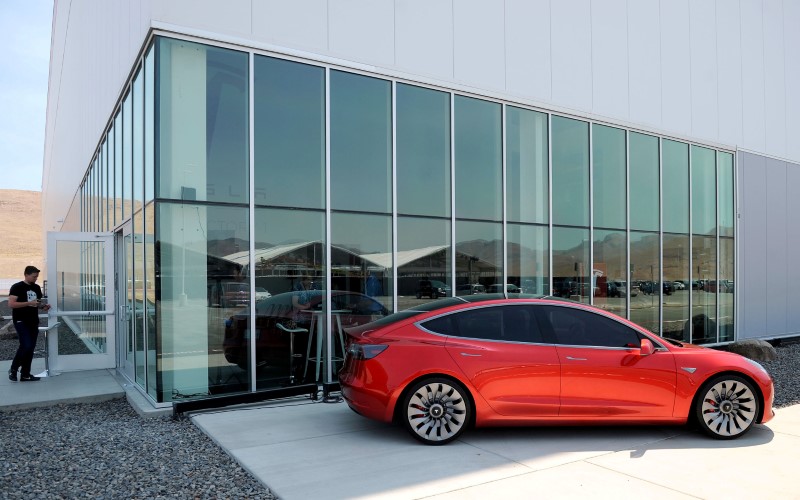 A prototype of the Tesla Model 3 is on display in front of the factory during a media tour of the Tesla Gigafactory which will produce batteries for the electric carmaker in Sparks, Nevada, U.S. July 26, 2016. REUTERS/James Glover II/File Photo

Customers who have already booked a Model 3 will get the car in 2017 as per the company's original plan, spokeswoman Alexis Georgeson told Reuters.

CNBC had earlier reported that deliveries of all Model 3, including those booked previously, had been pushed to mid-2018 or later. http://cnb.cx/2ehXuRY

(Reporting by Laharee Chatterjee in Bengaluru; Editing by Anil D'Silva)